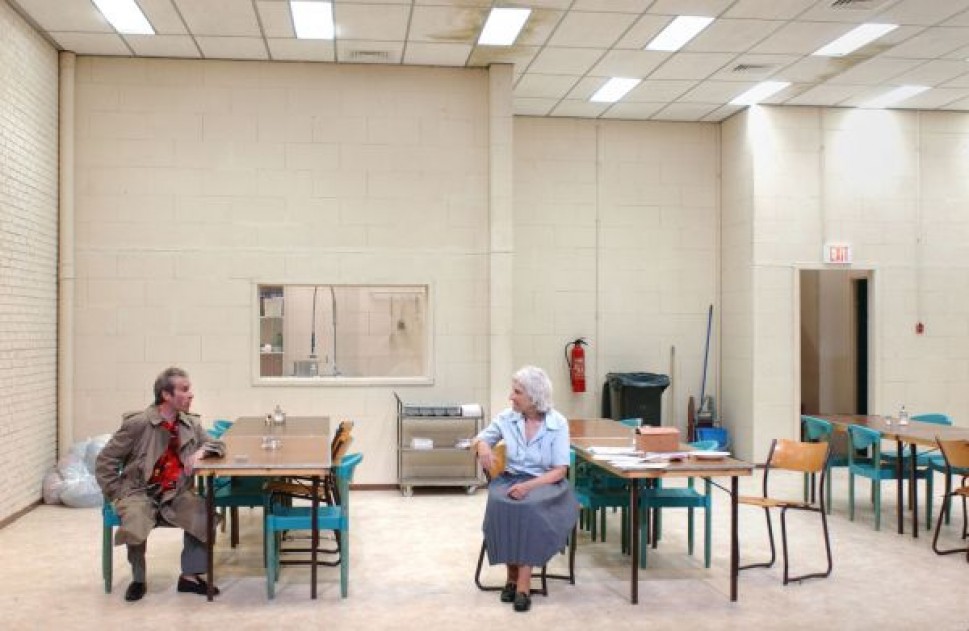 Richard Maxwell is a playwright and director living in New York. Maxwell studied acting at Illinois State University. In Chicago, he was a founder of the Cook County Theater Department. He is now the artistic director of New York City Players and a resident writer at New Dramatists. In addition to his Guggenheim Fellowship, Maxwell has won an OBIE Award, the Foundation for Contemporary Arts grant, and the Best in Festival Award at Zürcher Theater Spektakel. His plays have been commissioned by the Barbican Centre, London; the Lyric Hammersmith, London; Theater Bonn; the Wexner Center, Columbus; the Walker Art Center, Minneapolis; Steirischer Herbst, Graz; the Hebbel- Theatre, Berlin; Toneelgroep Amsterdam; Festival Theaterformen, Hannover; Festival d’Automne, Paris; Project Arts Centre, Dublin; Performance Space 122 and the Kitchen and Soho Rep in New York. A volume of his plays, Plays, 1996- 2000: Richard Maxwell, has been published by Theatre Communications Group. In 2011 he will premiere his latest work, Neutral Hero, at Kunsten Festival, Brussels. (-Guggenheim Foundation)

New York City Players is a theater company creating original work about people, relationships, and above all, feeling. NYC Players’ aim is to initiate a new dialogue with an ever-growing audience using original text and music. By rigorously stripping away the habitual identities that encumber work, we pursue the power of language, of story, of image, and what happens when people gather in a room.

Plays, 1996-2000 (Maxwell) (v. 1) This volume collects for the first time the work of one of America’s most important, vital and original young voices. Turning the American family drama firmly on its head, “Maxwell strips more layers of explanation from the Freudian family romance, shining light on the humiliation and fury usually reasoned out of sight by psychologizing playwrights. Few#mce_temp_url# characters in contemporary drama are as exposed as Maxwell’s.” — Marc Robinson, Village Voice

“Imagine if you took a giant hatpin and stuck it into Sylvester Stallone’s Rocky. Once all the hot air had leaked out of that melodrama about a working-class underdog who wins fame, fortune and love in the boxing ring, you might find something very much like Richard Maxwell’s Boxing 2000. By taking a conventional formula and draining it of all its humid sentimentality and synthetic adrenaline, Mr. Maxwell discovers something new and unexpected. Boxing 2000 is a real knockout: a play that not only challenges theatrical cliches, but your ideas about theatre itself.” — Wall Street Journal

“It’s a sensation that’s felt all too rarely these days. Watching Mr. Maxwell’s work makes you think of what it must have been like to stumble upon the baffling but seductive creations of a young Sam Shepard in the early 1960’s in the East Village.” — , New York Times