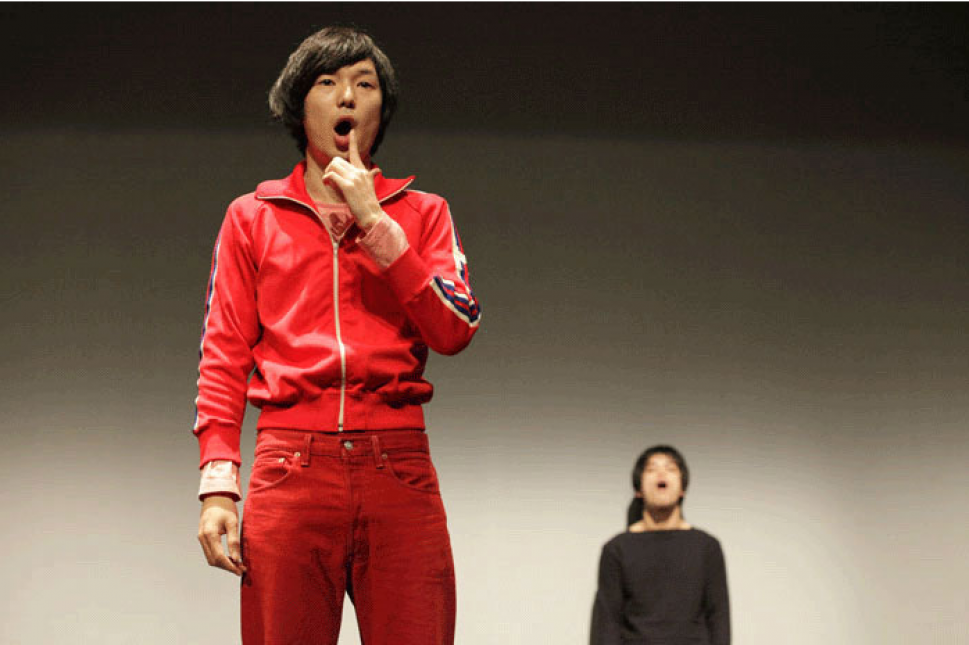 (From the festival) VIE traces its artistic sign along nine days, during which companies will be hosted and performances chosen among the best expressions of the contemporary world scene.

In its sixth edition, VIE suggests a theme, reveals an orientation, a track designed to explore urgent social and ethical issues such as the assertion of individual freedom and the choice of clear and decisive defence of civil rights.

During the Festival we will see some new works of companies which have already participated in the previous editions, confirming the confidence and commitment we have for them. Otherwise we will meet some new companies at their premiere, sometimes at their world debut, and we will discover their own special way of living the scene.

The entire body of events and initiatives of VIE will take place in four cities and in fourteen different spaces.

Eurepica is a derivative from two words: Europa and Epic. Eurepica. Challenge– is an attempt to create a new European epic using the language of theatre and one of the first and intellectual theatre blockbusters in Europe. Sergey Nevski, the Russian composer who lives in
Germany who is one the most talented European neoclassics makes an attempt to write a new European Anthem for the Eurepica. Challenge.

The use of different languages combined with live musical instruments create an unbelievable polyphonic sound structure of the production The Eurepica. Challenge project is a collective statement of playwrights from 14 countries such as Sweden, England, Latvia, Russia, Belarus, Turkey, Poland, the Ukraine, Germany, Romania, Macedonia, France, Spain and the USA on the main challenge for their states. The general picture of Europe is formed out of private dramaturgic stories. Up until the present day there were no other theatre projects akin to Eurepica – based on the global idea of social and political processes studying using theatre as a tool.The production, apart from its theatrical value, will also bear socio-political significance for it is an ideal platform for initiating a discussion on main challenges that is faced by the citizens of the EU and its neighboring countries. The skeleton image of Eurepica. Challenge is a flight of a passenger airplane around the continent with landing in the countries participating in the project. All the chapters of the show are performed by eight actors wearing the uniform of pilots and flight attendants.

How to transform indignation into action? This simple and vast question urged us on the tracks of Antigone, turning back and listening to her brilliant stubbornness in order to reflect on the present. We worked on recomposing the tragic events into an original script based on writing that was impregnated by the biographies and personal experiences of the actors involved. Over the past year three Contests have been were created – performances understood as confrontations/dialogues between Antigone-Silvia Calderoni and three different actors: Benno Steinegger-Polynices, Vladimir Aleksic-Creon and Gabriella Rusticali-Tiresias, respectively entitled Let The Sunshine In, Too Late! and Iovadovia [I’mgoingaway].

Alexis stands at the end of this itinerary though it presupposes the beginning: in August 2010 were be in Athens to concentrate in a direct and almost documentary way on the “triggering event” which aroused in us the need to shift the Antigone-project in an increasingly declared manner to the theme of contemporary revolts, meaning the death of sixteen year old anarchist Alexandros-Andreas Grigoropoulos (Alexis) which occurred exactly during our first workshop on Antigone… A new Polynices?

We are the undamaged others
Toshiki Okada

Toshiki Okada and his company chelfitsch/Toshiki Okada pursue their chronicle of Japan’s contemporary life through intimate, seemingly ordinary stories. The couple in this new piece shows all signs of happiness, but their conversation betrays a deep anxiety. The actors’ moves are minutely choreographed, testifying to the way very simple acts can force us to consider highly theoretical questions.

Moving one step beyond the company’s signature style, the use of so-called “hyper-colloquial Japanese and noisy corporeality,” chelfitsch has continued to explore a new frontier of theatre. We Are the Undamaged Others is an outcome of our tireless endeavor to radically question and creatively update the foundational modes of modern dramatic representation.

The story takes place on August 29th and 30th, 2009, on the second day of which a general election for the lower house seats was held in Japan. Blurring the boundaries between action and narration, the direct and indirect discourses, the performers take turns representing the vague anxiety of a wealthy couple who are about to buy a condominium in a newly built high-rise. By teasing out the repressed realities of class divide in today’s Japan, the performance interrogates the contemporary meaning of “happiness.” Okada makes a fairly minimal and uncannily repetitive use of simple language and boldly rejects a facile recourse to conventionalized bodily representation.