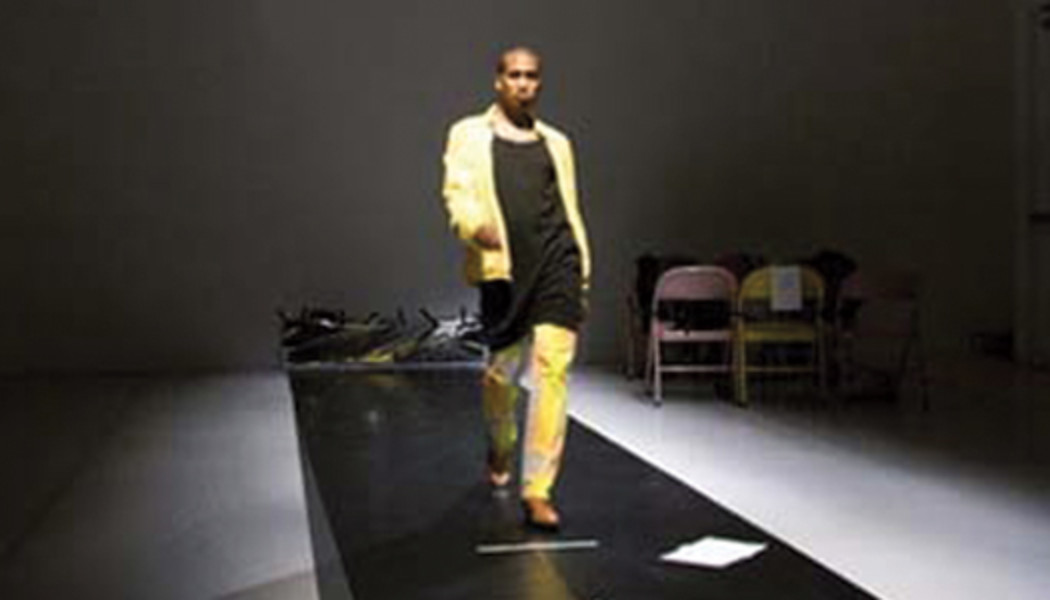 The Kitchen presents the premiere of Medium (M) and Extra Small (XS), the newest additions to Trajal Harrell’s dance work,
Twenty Looks or Paris is Burning at The Judson Church

From Wednesday through Sunday, February 9—13, The Kitchen presents two new chapters in choreographer Trajal Harrell’s dance series Twenty Looks or Paris is Burning at The Judson Church, a decade-long inquiry into the parallel histories of post-modern dance and the voguing dance form. Receiving their world premiere will be Medium (M), aka (M)imosa, an evening-length ensemble piece; and Extra Small (XS), a solo made for a limited audience.

Performances of (M) will take place at The Kitchen (512 West 19th Street) on Wednesday through Saturday, February 9—12 at 8:00 P.M. Performances of (XS) will be held Thursday and Friday, February 10 and 11 at 10:00 P.M. A special one-time performance of (S)—the inaugural installment of the series, initially presented at the New Museum in 2009—will be offered Sunday, February 13 at 5:00 P.M. Tickets to each performance are $15.

Central to Twenty Looks or Paris is Burning at The Judson Church is the voguing dance tradition, which refers to the competitive balls staged in Harlem dance halls beginning in the 1960s. A form of social performance practiced primarily by African-American and Latino gays, transvestites and transsexuals, voguing imitates archetypal social and gender identities through fashion, movement and behavior. At the same historical moment, in the 1960s, the pioneers of the post-modern dance form broke with the traditional representations of classical and modern dance. They sought to make dance based in authenticity, without artifice.

In each part of the series, Harrell asks the question, “What would have happened in 1963 if someone from the voguing ball scene in Harlem had come downtown to perform alongside the early postmoderns at Judson Church?” So, rather than presenting a historical fiction, each work transports this imagined scenario into a contemporary context to address the shifting relationship of movement to site, class, identity, history and the public imagination. In addition, the project is a commentary on how contemporary dance is created, scaled, distributed and consumed.

Harrell created (M)imosa in collaboration with the choreographers Cécilia Bengolea, François Chaignaud and Marlene Monteiro Freitas. The artists reconfigured the above proposition together. Inspired by Paris is Burning, the seminal documentary film by Jennie Livingston about voguing, the collaborators also drew on their personal research about the form and their collective experience as artists.

(XS) is a twenty-five minute solo danced by Harrell and made for a maximum audience of 25 viewers.