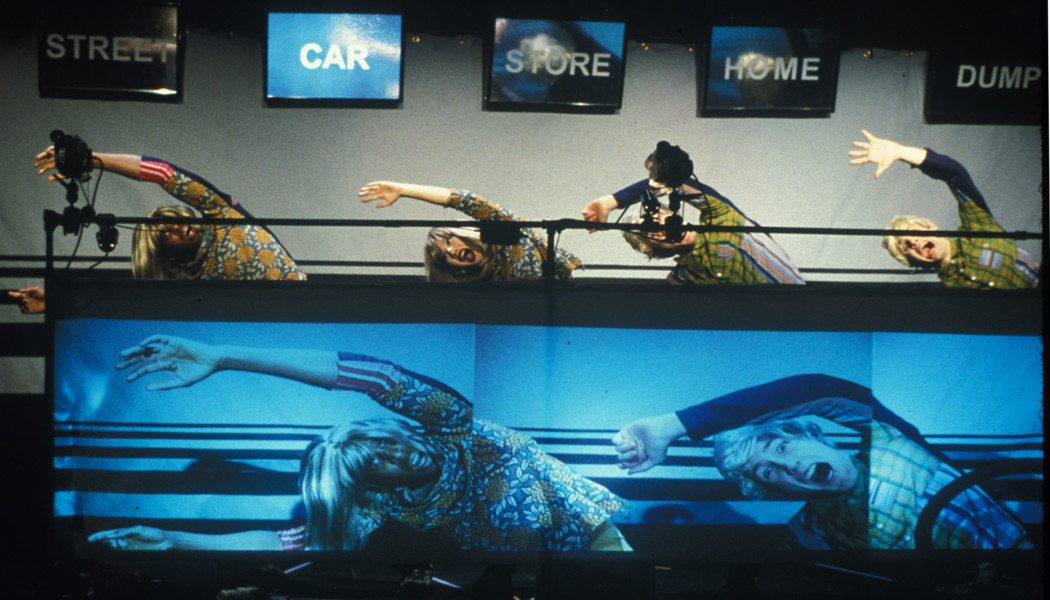 As part of the creation and presentation of the US premiere of THE PEOPLE in San Francisco, Big Art Group is offering a free 5 day workshop in the company’s training and compositional strategies with technology and the body.

Hybrid Body / Simultaneous Presence
A 5 day workshop September 5-9, 2011 at Z Space from 1-5pm (Tuesday 9.6.2011 will be from 2:30-5pm)
1. an introduction of Big Art Group’s Performance Practice (Real Time Film)
2. training and introduction to technology and concepts
3. time-limited studio compositional exercises
4. expansion of dramaturgy to the wider scope of THE PEOPLE
5. large group 5 channel compositions based on the themes of the project to be recorded and included in Big ART Group/YBCA/Z Space THE PEOPLE-San Francisco production September 16 & 17. (Attendance not required)

-Real Time Film; Task Based Choreography, or training the body for simultaneous presence. Movement based training in awareness of the video camera and its frame; learning multiple presence, or how to accomplish overlapping performance goals through moment-to-moment acting; dramaturgy of the Image; technical discussions about evolutions in image technology and the use of technology in performance.

-Video Puppetry; Radical Exchangeability; Queering Character: creating a character that exists only as an assemblage of the effort of several actors. Working as a group, exchanging control, and thinking as a cyborg. “Queer” used as a model for thinking beyond boundaries.

Please fill out the form below to apply for the workshop. We have 20 places and the registration closes on August 26, 2011 at Midnight. Selections will be announced August 27th, 2011 via email.

Founded in 1993, Z Space is a hub for artists and audiences to revel in the creation, development, and production of outstanding new work. We commission, develop, and produce a full season of new works from a variety of disciplines including theater, dance, music, performance art, and new media. We foster opportunities around the nation for these works and for their Bay Area artists. We engage diverse audiences through direct interaction with the process, the projects, and the artists.

Since 2009 we have managed and operated a 13,000 sq/ft, 268-seat performing arts venue and gallery (formerly known as Theater Artaud): home to more than 40 weeks of public multidisciplinary arts programming annually.
www.zspace.org

Funding: This program is made possible in part by funding from the Hewlett Foundation, San Francisco Grants for the Arts, Andrew W. Mellon Foundation, Bernard Osher Foundation, and the NEA.