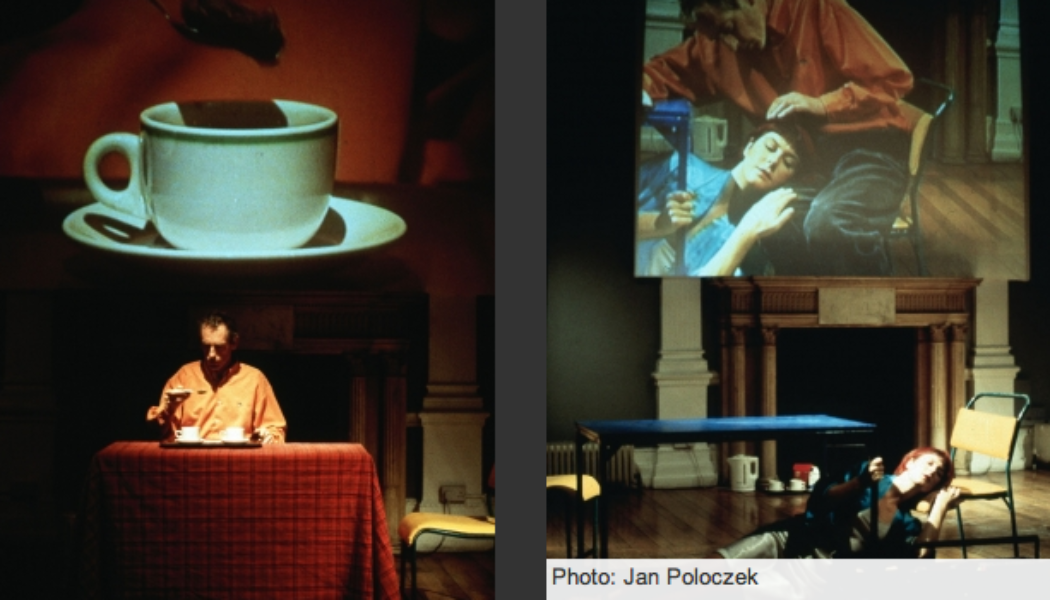 Station House Opera is looking for performers for a revival of its landmark production Roadmetal, Sweetbread, to be toured in October 2012, and from January 2013.

Roadmetal, Sweetbread was first produced in 1998 at the ICA in London, since when it has been performed in over 20 countries worldwide. Last performed in 2008, this is a restaging with a completely new team.

An extract from a 1999 performance may be found at stationhouseopera.com

The company is looking for performers from any background who are bright, resourceful and precise. Please respond with a cv, a description of your professional practice (with links if applicable), and a statement of why you wish to work with Station House Opera.

Occupying an alternative world bearing an uncanny resemblance to reality, a man and a woman compete with their own life-size video images for survival. Roadmetal, Sweetbread is recreated specifically for every venue it visits.

Using video images and live performance, Roadmetal, Sweetbread is concerned with the mismatches that occur between people: the differences between our private thoughts and behaviour, the success and failure of our conscious selves to deal with our physical predicaments. The piece is peopled by real bodies, by ghosts and by entities which seem to be both. By bringing live art and recorded video so closely together Roadmetal, Sweetbread opens up new possibilities for performance that combines the real, physical continuity of the body with the spatial and temporal discontinuity of the imagined.

Founded in 1980, the company’s work varies enormously in scale, appearance and location and uses spectacle to explore the intimate relationship between people and the environment they inhabit. They have created projects in locations all over the world, from New York’s Brooklyn Bridge Anchorage to Dresden’s historic Frauenkirche and Salisbury Cathedral, and their Internet projects have spanned continents, with simultaneous performances as far apart as Brazil, Singapore and the UK.