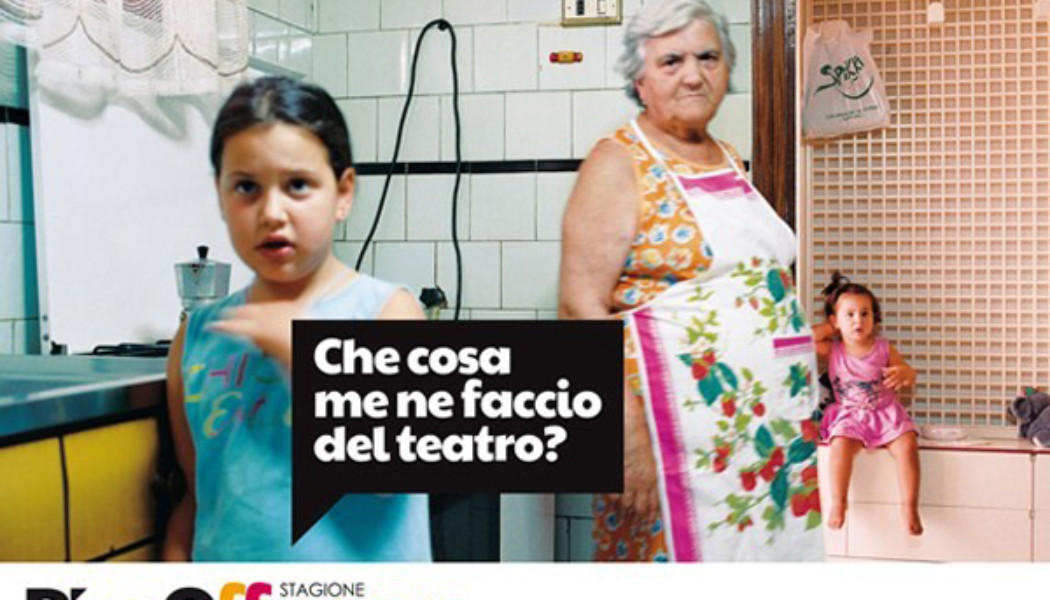 The cultural association PiM Scenic Area was established in a former industrial building on the south-east of Milan by Maria Pietroleonardo that is managing the project for young professionals. The goal is to build a place where artists can create and test their ideas in complete freedom, then alongside the planning of events related to the performing arts, intensive training and creative residencies.

In the season 2010/2011, the cultural association PiM Stage Space moved to a new venue: PimOff, Via Selvanesco 75, a former industrial building of 1000 square meters in area Gratosoglio the southern outskirts of Milan. Hence the project of artistic residencies RE_FORM.

For the 2012-2013 season the artistic direction of PimOff is entrusted for the first time a woman: Barbara Toma, known dancer and choreographer of adoption Milan, who as early as 2008 by the programming of everything related to the dance PimOff ..

Thanks to the constant association to the needs of artists and the public, the love for the promotion of contemporary theater and the ability to identify those who tomorrow will be the prominent names on the contemporary scene today PimOff is a reference point for the theater and dance research in Italy.

From this year PimOff want to import a practice well known abroad and, in our opinion, very useful for choreographers: the Open Stage.

Open Stage offers choreographers the opportunity to show an excerpt of their work, or study for a work in progress, for professionals and non-an opportunity to have a confrontation with the public and to test their work and / or to be known.

Participation is open to all choreographers or “danz’autori” professionals or semi-professionals in the Lombardy region. We would like Open Stage to be devoid of selection, since this is a project under development, but we reserve the possibility of deciding how to manage the course of work organization should there be too many requests.

At the end of each evening will be chosen a choreographer invited to take advantage of an artist residency in 9 days at the theater PimOff.

Eleonora Soricaro (Italy)
Born in Milan (IT) in 80's, a degree in Communication Studies, a past as videomaker and a present as contemporary dancer. I try to experiment a personal performing language that contemplates both a movement language and a research approach, that aspire to a "depth of field" idea of dance and choreography. And that's also what I love to see as audience. I live in Milan, near an ex-cinema and ex-ballroom called "Il bomba" (I made an étude about it).