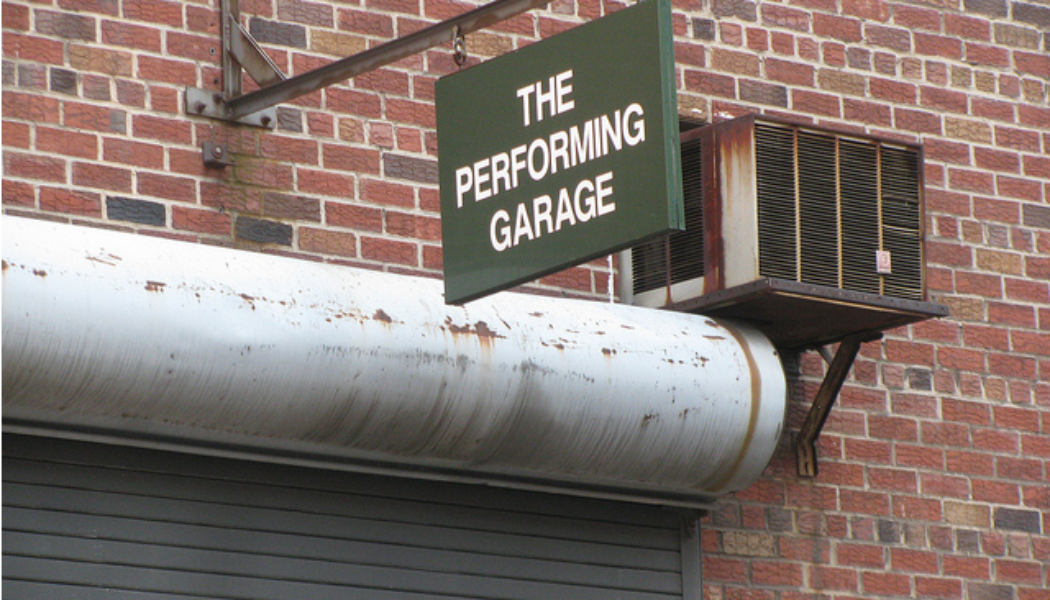 With support from the Lower Manhattan Development Corporation and other generous donors, The Performing Garage has established a residency program that offers artists space and time at The Performing Garage to develop work in all contemporary arts disciplines — no fee. We encourage applications from performing artists, visual artists, artists working in the moving image and digital media, architects and designers — anyone at all whose interests may intersect with performance ideas and actions and would like some time and a place to work.

Artist residency applications will be reviewed periodically throughout the year. The next review will occur on May 15, 2013. For more information about the program and to apply for a residency, see The Performing Garage’s application form.

The Performing Garage has been The Wooster Group’s permanent home and performance venue since its beginning and all of their work has been developed there. It was bought in the early 1970s when Soho was still an empty warehouse district being reinhabited by artists. The Wooster Group owns and operates it as a shareholder in the Grand Street Artists Co-op, which was originally established as part of the Fluxus art movement in the 1960s. Before the formation of The Wooster Group, The Performance Group developed and produced work at the Garage. From 1975-1980 the two groups shared the space. Prior to The Performance Group founding The Performing Garage, 33 Wooster Street was a metal stamping/flatware factory.