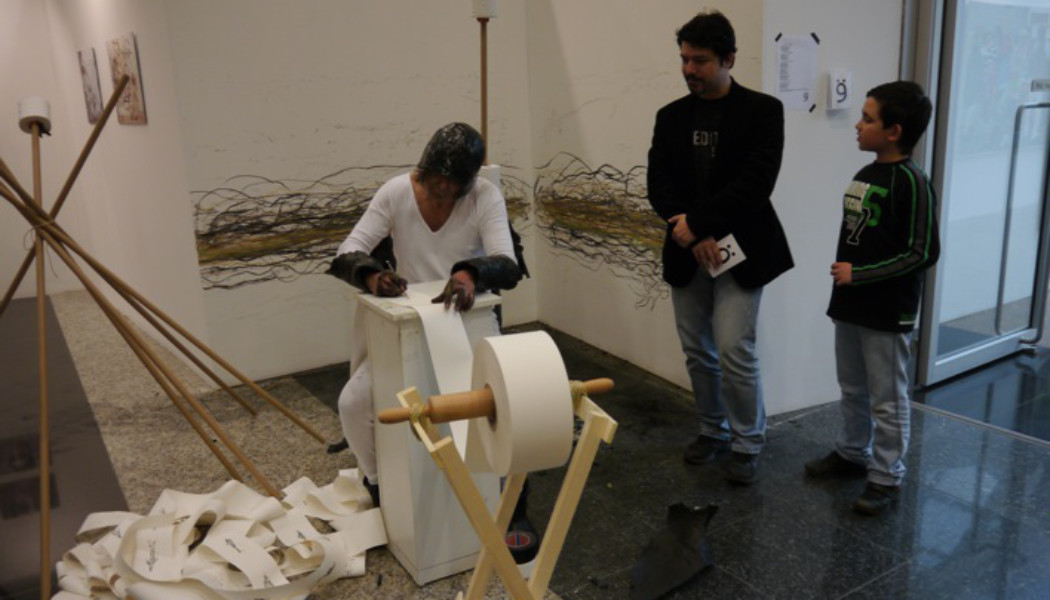 This year, Brooklyn-based performance artists, curators, critics, gallery directors, cultural organizers, and many others from all over the world are working together to perform a festival, framing the organization and the festival itself as a work of constructive institutional critique.

The website-as-performance has gone up HERE and is being updated frequently as the CALENDAR fills out via an open-source wiki.  OPEN CALLS for how to get involved as an artist and/or organizer, the developing calendar, and more can be found on the wiki. Deadlines are May 27-30, final catalogue deadline is June 15, 2013.

BIPAF deals with live art outside of major institutions, self-designing via open-source online systems including a public wiki, public work sessions, and alternative platforms as a “festival” that brings together over a hundred working performance artists from around the world. In addition to presenting performances, talks, workshops, and exhibitions, BIPAF charts performance practices, exposes and documents economic and practical relationships with curators and spaces, and involves all participants in the construction of the project at large.

The festival catalogue and full calendar will be released on June 21 and the festival opens on July 4th with a special appearance by Barbara Bush and a few words on the responses of performance artists to current arts economies and situations by Martha Wilson.

Over the last decade, Brooklyn NY has become known around the world for its thriving  and self-aware performance art scene and community. As performance artists self-organize and auto-frame their practices, we create our own spaces and ways to relate with our diverse audiences. Major questions arise from within our discipline in response to the economic climate, questions about the “marketability” or “value” of our transient medium and performance art’s historically “anti-product” ideology. In addition, the collective organizing strategies of political movements such as Occupy raise questions about definitions of the discipline and its techniques, and as we attempt to interface with both the art world and local and global communities. Ultimately, questions about institutional hierarchies, curation, craft, and modes of exhibition continue to present themselves inside the work itself, and often as the work itself.

BIPAF is framed as a performance. It is a collaboration between members of the performance art community, including local, national and international artists, critics, curators, gallery directors, and theorists. None of the BIPAF events will conflict: it will be possible for a single audience member/festival participant to experience everything.

BIPAF as a performance will be presented in culminating documentation form at BIPAF home-base Glasshouse Projects for the entire month with selected gallery hours. Grace Exhibition Space will also serve as a central location for documentation and for a final auction of ephemera, in addition to hosting live performances and a culminating live “ephemeral auction” on Sunday, July 28th.  The above list of spaces and entities will host live performances throughout the month.