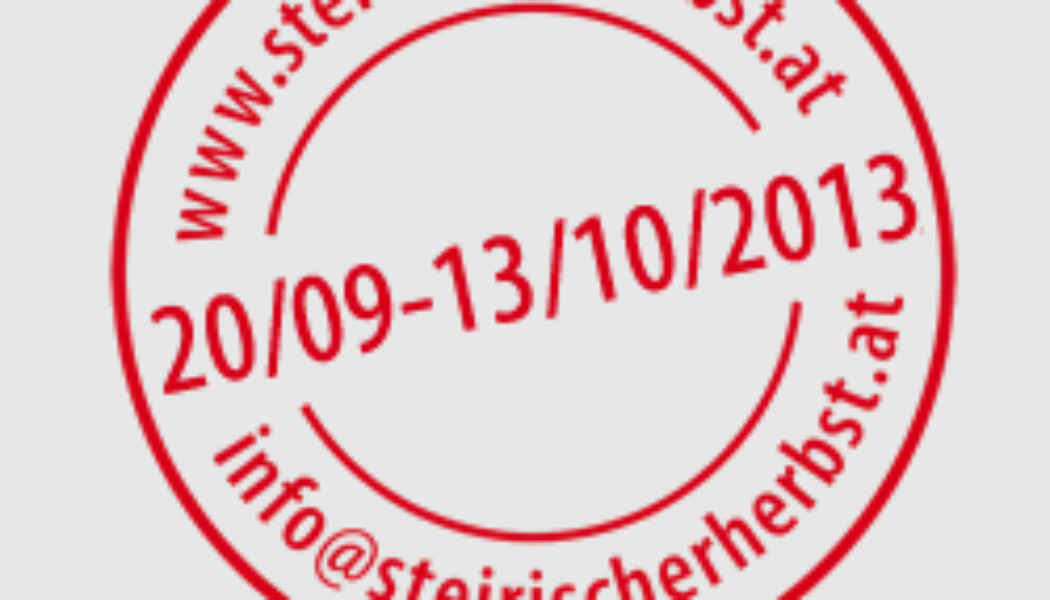 What happens after the emotional and collective climax of the revolt when it comes to reordering the future? What, then, when the time of uprising is over and now faces a process of supposed normalisation? What negotiations are conducted when, after a phase of collective rebellion, social injustices are unchanged and need to be transformed by newly elected players? How does this transformation take place, the profound change of society when patriarchy, gender and generation relations come under scrutiny? “Alliances, misalliances and false friends: Liaisons dangereuses”, the leitmotif of this year’s steirischer herbst, looks at the nature of dangerous relationship cocktails, of connections which, for all their fragility, are passionate, explosive, but always powerful. A “liaison”, from the French perspective, is much more than a flirt or a love affair that can be applied to connections, relationships and their transformation – in society, art and culture, both in the private sphere and in politics. While one year ago with the “Truth is concrete” 24/7 marathon camp, steirischer herbst focused on the role of art in society-changing moments, we now proceed to look at a number of other questions: what coalitions and compromises are entered into in order to carry through visions and goals? What relations of dependence open up? What scales and disparities are reflected in old boy networks, “forced marriages” of all kinds? What if the line between coalition and corruption gets thinner and thinner? And, in the end, what are the constellations in which we could finally make headway? As always, it is more the questions than the answers that move us. And, as always, these questions will feature recurrently in the steirischer herbst programme –playful, direct – and often associative.
While the foregoing steirischer herbst was a group photo and a long shot, in 2013 it will focus on close-ups: views of relational systems in motion.herbst Academy offers four international workshops for artists, theorists and students to explore relationships and their transformation in society, art and culture and to reflect on the art works on show at the festival.

When societies are caught up in such radical upheavals as Egypt is at the moment, this impacts on the way in which institutions – particularly of art and culture – need to be conceived. Normative conceptions are of little help here, but perhaps conceptions of ambiguity and movement are. But does that not apply to art institutions in general in times of turbulence? In their workshop for artists and culture workers, Sarah Rifky, Jens Maier-Rothe and Antonia Alampi from the Cairo-based art initiative Beirut propose a series of collective exercises to reconceive the institution– including its identities, resources and economies – as a fictitious entity. Can institutions learn from artworks? Can they actually be an artwork? Beirut is the manifestation of a set of ideas grounded in the belief that change needs first to be imagined in order to be achieved. Located in a late 1940s villa in the neighbourhood of Agouza in Cairo, Beirut acknowledges the politics of art as a space of work and thinks of exhibitions as a spatial mindset and a place of exchange between works of art, questions / discourse, voices, accounts and people; and as a means of looking at what art does and not just what it shows.

Workshop 2
Neoliberalism as a New Anthropotechnique: Between the Cyborg and the Desiring Machine
02/10 – 04/10
By Giovanni Leghissa (IT)

This workshop aims at proposing an articulated concept of the neoliberal counter-revolution, meant as a set of various anthropotechnological procedures that shape every form of human interaction.
Indeed, even though it seems so at times, neoliberalism need not necessarily be seen as the “natural”, almost inevitable further development of classical liberalism. The philosopher Giovanni Leghissa from Turin University suggests a deconstructive interpretation instead. The workshop will be about demonstrating the origins of neoliberalism in theory, unmasking its new way of shaping the relationship between the political and the economical sphere and defining a cultural agenda that allows us to conceive alternatives to the prevailing economic model by means of a decolonisation of our collective structures of feeling and desiring. According to Leghissa, however, what this will also require is a form of rationality which differs structurally from conventional forms that shape the present economical thought.

Three days of film screenings and discussions to centralise the works of Black Diaspora and African video-artists to explore the status of the Black body in Europe today. Together with the Berlin-based curator and author Alanna Lockward, initiator of the Art Labour Archives, the participants will try to decolonise hegemonic narratives of art, uncover the unequal global power hierarches and forge new alliances based on the works of different artists including Teresa María Díaz Nerio, William Kentridge, Tracey Moffatt and Ingrid Mwangi. Aimed at facilitating cross-cultural dialogue and decolonising hegemonic narratives on art, the workshop will draw extensively on the discourse of Black Feminism and Critical Race Theory.

Workshop 4
Theatre of the Oppressed and Radical Transformation: From Desire into Action
07/10 – 09/10
By Hector Aristizábal (CO)

Collective imagination has been captured most recently by the Idle No More movement in Canada, the Occupy movement in the US, the Indignados movement in Spain and the many expressions of the Arab spring. In our three day exploration the workshop will examine what role can theatre play in times of social and political upheaval? Hector Aristizábal, theatre-maker, psychologist and activist against torture, has founded the ImaginAction network in Los Angeles in order to utilise the transformational forces of theatre for community building and in processes of self-empowerment. Against the background of the Theatre of the Oppressed developed by Augusto Boal in the 1960s, Aristizábal will join the workshop participants to develop scenes from concrete life experiences, looking for ways to connect individual modes of acting with the global movements for radical political change. The interactive approach of the workshop emphasises aesthetic dialogues, non-verbal imagery, consensus-building and collective problem solving processes, as well as techniques for developing awareness and confronting both external and internalised forms of oppression.

For more than forty years now, steirischer herbst has been one of the world’s few festivals of contemporary art that is by nature truly multidisciplinary. Long before the everyone started talking about the necessity of networking the arts, the festival integrated art, music, performance, dance, theatre, literature, architecture, New Media and theory – over the years with various focal points but always self-confidently on the basis of the conditions of the respective genres. steirischer herbst takes place from September 20 to October 13, 2013 in Graz / Austria.