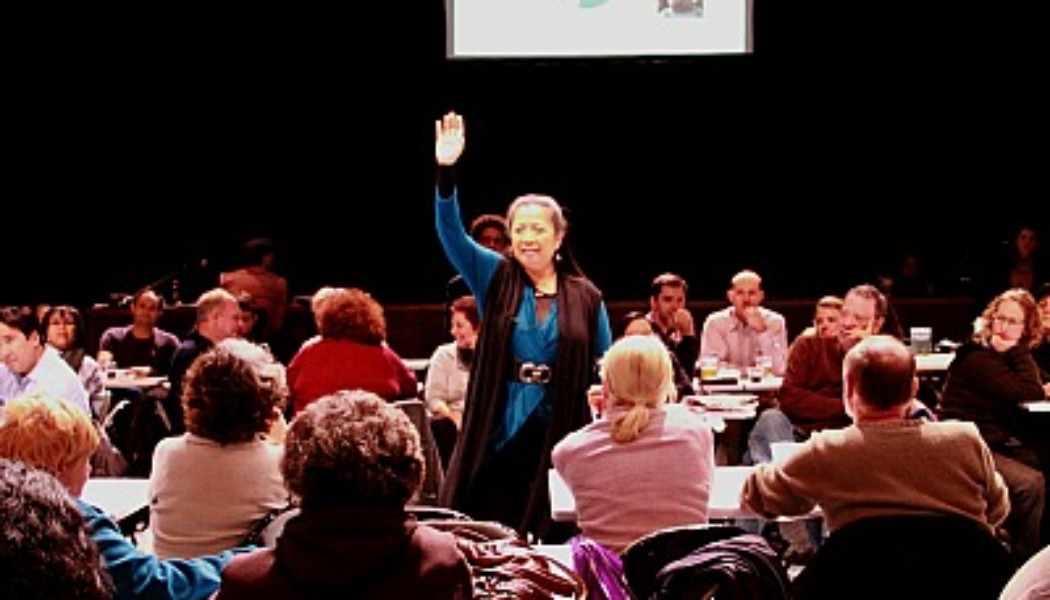 As a company that’s been engaged in rigorous artistic and civic practice since 1994, mentoring has become an increasingly intentional aspect of The Foundry’s work Last year we inaugurated The Tom Proehl Creative Producing Fellowship – a one year residency with the company that mentors theater makers and practitioners interested in exploring the intersections of artistic and community programs, and in building new relevancy for theatre and the artists who make it within the fabric of our citizenry.

The Foundry operates with a shared leadership structure and The TP Fellow will be mentored by both artistic and community programs producers in all facets of creating and producing. S/he will assist on various projects and programs and will regularly participate in best practice exchange/feedback. This fellowship will also include keeping the office running (which means some proficiency in Microsoft Office programs and Quickbooks will be useful.)

Interested applicants should submit a resume along with a letter of 650-1000 words that speaks to how the TP Fellowship might fit into the exploration of your own work — i.e. why now and why the Foundry?

The Foundry is accepting applications from now thru August 2nd and they will be interviewing candidates throughout the first two weeks of August.

Tom Proehl (1965-2011) was one of the Foundry’s most influential board members and widely recognized as one of the American theater’s most accomplished and visionary leaders. He believed equally in theatres’ support of artists and the communities and audiences they are engaging. In his name this fellowship was created to nurture innovative artists/theatre practitioners who will bring the American Theatre more meaningfully into the 21st century.