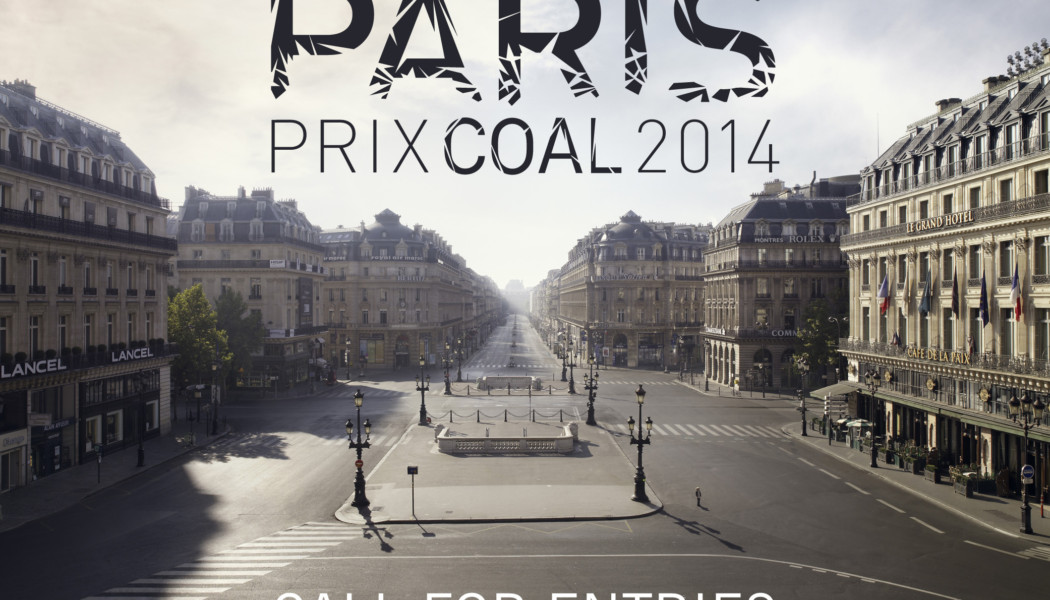 The COAL Prize Art and Environment shows the enormous wealth of responses by artists to current environmental issues. Every year, since 2010, the COAL Prize has publicly recognized ten projects linked to environmental issues, which are selected in the framework of an international call for entries in which hundreds of artists from all over the world participate. One of these artists is given the COAL Prize, with an award of 10,000 Euros, by a Jury of well-known specialists in art and ecology. In 2013 the COAL prize on the theme of Adaptation was awarded to Laurent Tixador for his project « Architecture transitoire ».

In 2014, the theme of the COAL Prize is PARIS. The French capital has a great many environmental and social issues: pollution, energy, urban sprawl, transport, land, erosion of biodiversity, adaptation to the climate change, etc. A creative approach to ecology is emerging in new social organisations, alternative production methods, and collaborative ways of living and working which promote user-friendliness as well as an appreciation of the simpler things in life. Having been for a long time the City of Light, the symbol of industrial modernity and progress, will Paris be able to shine again by embodying ecological post modernity?

In 2014, Paris, one of the major global capitals of culture and creation, is inviting artists to show together the central role that art can play in a sustainable and responsible city. Artists, mostly urban, heirs to the diversity embodied by Paris, are invited to shake up, rethink and reinvent the capital in a multipolar connected world in order to define a fairer and more radiant urban culture, in harmony with nature.

The 2014 COAL Prize will be awarded in Paris on 13th February 2014, at a ceremony attended by the ten selected artists and well-known specialists in art and sustainable development.

Application deadline : January 5th, 2014 at midnight.
The COAL Prize will be awarded on February 13th 2014.

The selection committee as the jury will be announced soon.

Applicants will be judged on the following criteria: artistic value, relevance (understanding of the issues), originality (ability to introduce new approaches, themes, and points of view), pedagogy (ability to get a message across, to raise awareness), social and participative approaches (engagement, testimony, efficiency, societal dynamics), eco-design, feasibility.

Entries by finalists are displayed to promote networking with relevant bodies and authorities, which could facilitate their future realization. The COAL Prize aims to encourage innovative practices. Project proposals can take any form. They have to be new or still in process but not achieved. The COAL Prize award can be a part of a more important funding of the proposed project

The application should include the following documents, assembled in a single PDF file (the application must not exceed 20 pages):

-A summary and illustrated description of the entry, detailing its artistic aspects and its relevance to the environmental and rural issues ;
– 2 HQ pictures illustrating your project ;
-A note on the technical aspects of the entry, notably in terms of construction and means of production ;
-An estimated budget ;
-A Curriculum Vitae and a portfolio ;

All proposals should be submitted to Coal server before January  5th, 2014.

By entering this competition, applicants expressly authorize the Coal organization to publish, reproduce and display in public all or part of the elements of their entry, for any purpose linked with the promotion and communication of the Coal project, on all platforms, media, in all countries and for the LEGAL DURATION OF THE COPYRIGHT. Entries submitted but not selected will be held in the archives of the Coal organization. They will, however, remain the property of their authors.

Participation in this call entails the full acceptance of the conditions laid out above.

For any further requests please write to : contact(at)projetcoal.fr