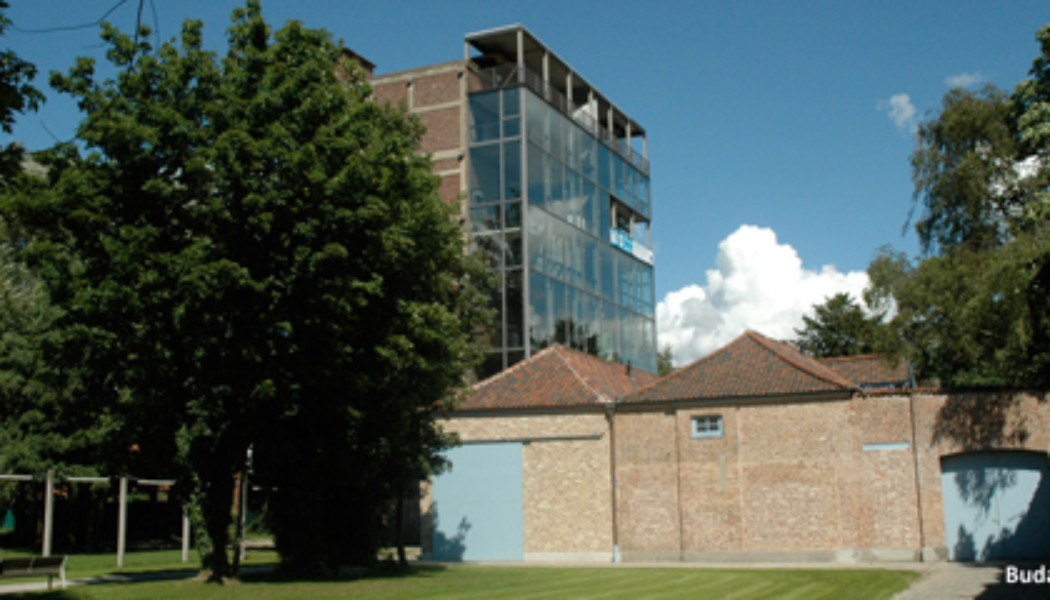 Arts Center BUDA, De Kreun and vzw Wit.h are looking for ideas, concrete projects and proposals to build a temporary, possible, different, novel, parallel city that will be temporarily inhabited by 2,000 ‘new citizens’ during the festival Kortrijk Congé 2014 (Sat 12> Sun 13/07/14)

This call (made in the frame of the Canvas TV programme Atelier de stad) is open to all artists, urban planners, social designers, political scientists, architects and creative citizens, with or without training or experience, alone or collectively.

WHAT IT we could completely start over and reinvent ‘a city’?

Let’s actually try out all these proposal ideas, even if only for 25 hours!
Let’s agree in advance to actually inhabit this temporary city with about 2,000 citizens!

HOW funny would that be?
And HOW serious do we take this challenge?
THE CALL:

Do you have ideas for the design of a possible, novel, parallel city that is to be temporarily inhabited?

Formulate concrete projects and proposals:
– artistic, social, political, economic, ecological or scientific in nature;
– useful or useless, practical or poetic;
– based on the existing or imaginary ‘functions’ of a city.

– creative citizens, artists, urban planners, social designers, political scientists or architects, with or without training or experience, individually or collectively;
– the project applicants will, following their selection, realise their project themselves, and will be provided with customized support;
– the project applicants realise their project on-site during a joint ‘workshop’ held between
1 – 11/07/14 and present their realisation on 12 + 13/07/14, during the festival ‘Kortrijk Congé’.

will be held from 1 to 11/07/14 in Kortrijk, in a section of the city that will also become the location for ‘Kortrijk Congé. The precise location will be communicated at a later time. Camping is available nearby during the workshop.

The projects are supervised by a team of (scientific and artistic) experts in the fields of the performing arts, music, multimedia, the visual arts, architecture and urban renewal.

– All applications must be submitted via the registration form and must reach us no later than 15/01/14.
– A pre-selection will be held by the organizers of Kortrijk Congé (the joint artistic and production staff of Arts Centre BUDA, De Kreun and vzw Wit.h).
– The final judging is done by a selection committee, which includes both the organizers and a group of at least four external experts (scientific or from specific fields). The names of the jury members will be announced ASAP.
– The selection is made on the basis of the following criteria:

– The list of selected projects will be published on this website as of 31/01/14.
– There will be no further communication concerning the final decision of the jury.
– The selected candidates will receive an invitation for an initial consultation on the realization of their project in early February 2014.

Information session(s) for those who have questions or want more background information:
– Tue 17/12/13 at 15:00 and 20:00 P.M. in Budascoop, Kapucijnenstraat 10, Kortrijk
– register (name and phone number) via kristof.jonckheere@budakortrijk.be by 15/12/13