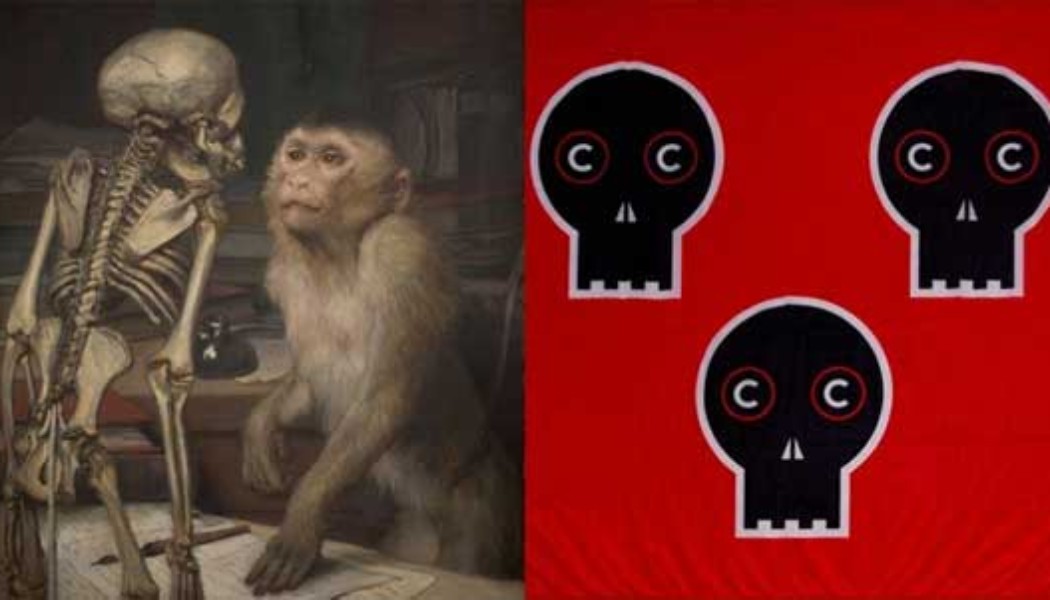 The Copycat Academy
A weeklong master class with an absent master

The Copycat Academy takes the work and biography of an artist as the model for its curriculum. Over a one-week, intensive learning experience an artist’s method of production will be hijacked and subjected to a temporary parasitic inhabitation. The 2014 pilot will start with one of the most influential artist collectives of the late 20th century, Toronto based General Idea. This is meant to be idolatry and cult. Or more precisely an act of mimicry. Or more accurately it is a critical test of thought and practice, a laboratory where 20 participants can observe the emergence of meaning while they occupy and replicate themselves in the host. It’s a master class without a master. For the next edition we will choose another master.

Declaring the life and work of an artist to be the model of the curriculum does not mean becoming too personal however; feelings and thoughts are of the same interest as companions, working conditions, political events, technological tools, atelier furnishings, and weather patterns. After all, the sprung floor made modern dance, the crossfader made the DJ, and the felt and fat in the wreckage of a plane crash saved Joseph Beuys and made German art. The Copycat Academy needs to be imagined as a stage upon which a play is to be performed that bears the name of the artist. Actors enter the stage and improvise a play with the themes, people, and objects which define his/her life. There is no director, no script, and no audience, for all are actively involved.

On each day of this weeklong experience, participants in the The Copycat Academy will examine a different facet of our curriculum’s work and thinking. The practical and theoretical investigations, studio visits and discussions will be led by artists, teachers and facilitators connected to General Idea: former comrades, critics, and theoreticians, as well as contemporary artists—both those building on General Idea’s experiments and who have nothing to do with the collective’s art practice but whose research follows a recursive path. The evening program will feature talks that will be open to the general public.

Marcus Boon
Marcus Boon teaches contemporary literature and cultural theory. His interests include literature in the digital age, critical theory, the Beats and other alternative and countercultures, sound studies, and the cultural study of spirituality and religion. His 2010 book, In Praise of Copying, investigates the ethics and philosophy of copying—it available as a .pdf released under a creative commons license. Marcus Boon writes about music and sound for The Wire and is currently working on a book entitledThe Politics of Vibration. marcusboon.com

Jennifer Doyle
Jennifer Doyle is a Professor of English and Co-Chair of the LGBIT Studies Minor at University of California, Riverside, where she directs Queer Lab. Her newest book, Hold it Against Me: Difficulty and Emotion in Contemporary Art (2013), explores some of contemporary art’s most contentious works. Doyle shows how controversy in art is used to question our assumptions about identity, intimacy, and expression; and, she considers emotion as an artist’s medium in the works of such artists as Ron Athey, Carrie Mae Weems, and David Wojnarowicz.
Kendell Geers
Kendell Geers is a conceptual and installation artist who was born in May, 1968 in Johannesburg, South Africa – he changed his name and birthdate officially as a political act of self-creation. In the late 1980s, he went into exile and only returned to South Africa after the release of Nelson Mandela and other political prisoners. He lives in Brussels and has worked globally since 1993. kendellgeers.com

Sheila Heti
Sheila Heti is the author of five books including the story collection The Middle Stories, a novel, Ticknor, and a book for children called We Need A Horse, featuring art by Clare Rojas. With Misha Glouberman, she wrote The Chairs Are Where the People Go, which The New Yorker chose as one of its best books of 2011. Most recently she published How Should a Person Be? which The New York Times Book Review called an “odd, original, and nearly unclassifiable book.” It was named a best book of the year by The New Yorker, The New York Times, Salon, Flavorpill, The New Republic, and other places. sheilaheti.com

Terence Koh
Born in 1977 in Beijing, China and raised in Mississauga, Ontario, Koh received his Bachelor degree from the Emily Carr Institute of Art and Design in Vancouver. The artist wears only white, lives in an all white environment, writes in a cryptically poetic way and is intentionally unclear on such basic biographical details as his date of birth and his childhood home. He has exhibited extensively worldwide and is best known for his monochromatic installations, ritualistic performances, explosive club scene interventions, and spirit of mischief.

Kobe Matthys
Kobe Matthys is the founder of Agency. Agency is the generic name of a Brussels-based agency that was established in 1992 by Kobe Matthys. Agency constitutes a growing list of things that resist the split between culture and nature. These things are mostly derived from juridical processes, lawsuits, cases, controversies, affairs and so forth involving intellectual properties (copyrights, patents, trade marks, etc…). Matthys and his growing, meticulously documented collection have been widely exhibited in Belgium and around the world.

Philip Monk
Philip Monk has been curator at The Power Plant in Toronto, curator of contemporary art at the Art Gallery of Ontario, and is currently the director of the Art Gallery of York University. His most recent book is Glamour is Theft: A User’s Guide to General Idea 1969-1978. The books mimics General Idea’s practice, pretending to be written during the period of the works’ production.

Lemi Ponifasio
Lemi Ponifasio established the MAU in 1995 as the name for his work and platform for critical reflection and creativity with artists, scholars, activists, intellectuals and community leaders. MAU meaning a declaration to the truth of a matter, or revolution, as an effort to transform. As a High Chief of Samoa, Ponifasio bears the title Sala and is among the intellectual, spiritual and leading personalities of Samoa. His radical and ceremonial visual stagings intersect with and transcend conventional ideas of theatre and dance, and civic activism.

Mårten Spångberg
Mårten Spångberg is performance related artist living and working in Stockholm. His interests concern choreography in an expanded field. He approaches this through experimental practices in a multiplicity of expressions ranging from choreography to writing, teaching, the convention of networks, and by performing as a dancer himself. martenspangberg.org