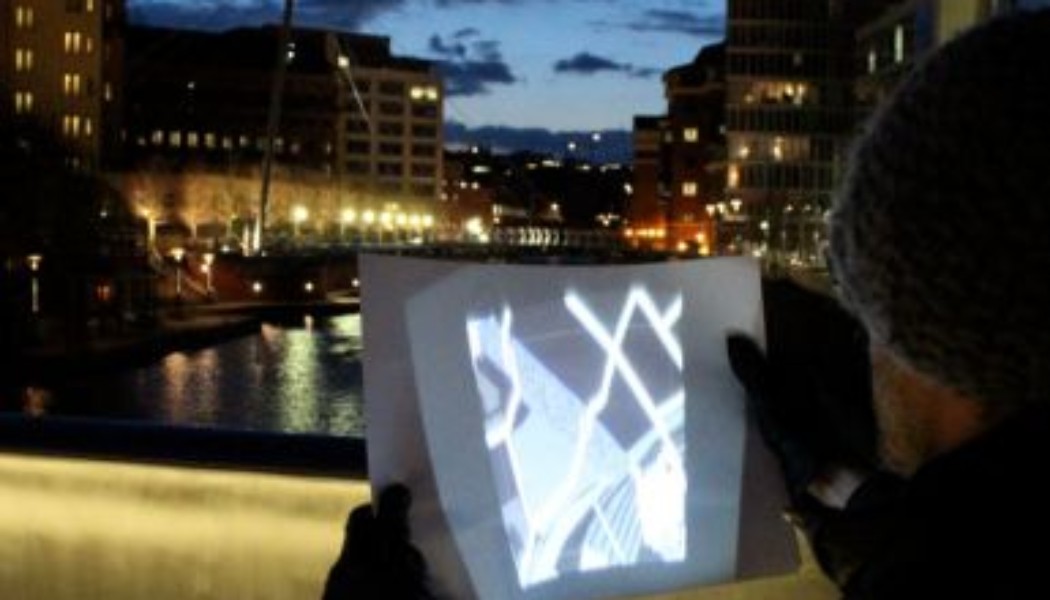 The Playable City is a new term, imagined as a counterpoint to ‘A Smart City’. A Playable City is a city where people, hospitality and openness are key, enabling its residents and visitors to reconfigure and rewrite its services, places and stories.

“Our data-marked world is often represented as benignly utilitarian — filled with smart cities and networked objects – a functional, benefit-led data-driven place […] From the urban spaces of Bristol, Playable City will hopefully be the first of many commissions for contextual art that transcends technology and show us new ways to see the world.”Tom Uglow  in Wired.co.uk

“The idea of harnessing cities as playful spaces is an attractive one, especially when it’s about concentrating attention, not on the big buildings and official tourist attractions, but on the little objects that get overlooked.” Keith Stuart, games journalist, The Guardian (referring to Hello Lamp Post project)

Through The Playable Award, an annual conference and a programme of global labs and commissions, Watershed and partners are exploring the notion of a Playable City, how play can influence and engage with city development and how we might create world-wide sustainable networks of creators and commissioners of Playable City works.

Playable City is a deliberately broad and open theme, inviting disparity of opinion and interpretation. These are just a few of the ways in which Watershed and others around the world have been involved in exploring the concept so far:

Pushing the boundaries and encouraging experimentation, this £30,000 international award sits at the intersections of art, technology and culture.

Returning for a second year, Watershed’s Playable City Award challenges artists and creatives from around the world to produce an artwork which engages with the notion of cities as playable, malleable, and idiosyncratic public spaces. Playable City Award ia inviting practitioners from all creative disciplines to propose an original piece of work that will debut in Bristol, UK in 2014 and to go on to tour internationally in 2015.

Playable City Award is interested in supporting future-facing work, which uses creative technology to explore the theme of the Playable City.

The work may be sited outdoor or indoor but it must be in a place with public access, be accessible for at least two months in Bristol, UK and be suitable for subsequent touring across the UK and beyond.

The successful commission may come from anywhere in the world but it will be essential to spend some time in Watershed’s Pervasive Media Studio during the making process. Due to the collaborative nature of the award it is essential that the successful candidate can speak English with confidence.

Source: Playable City Website
Give me back my broken night © Jenny Davies