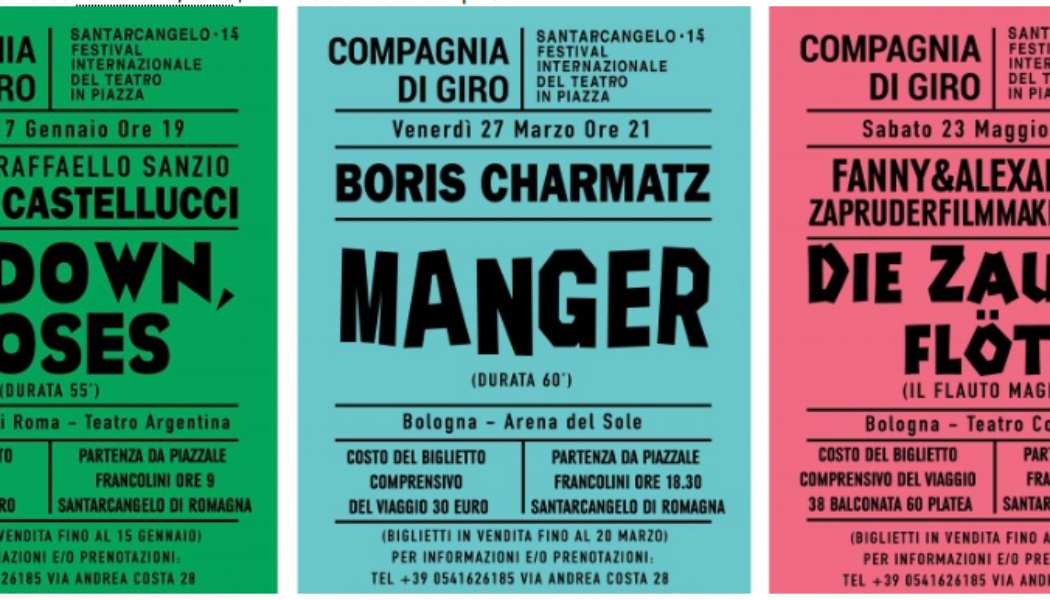 The School of Exceptions invites 12 participants to attend the whole festival of Santarcangelo (July, 10< -19th, 2015) driven by a specific research question on the state of exception, articulated in the relationship between art and reality, the festival and the city, norm and exception. Artists, researchers, students and professionals gather around some open questions: what can art do and say in the spaces appointed to it? What outside them? Considering art as exception could may leads to defuse its potential, since each norm needs sometimes exceptions to be reinforced as norm. The School of Exceptions cuts across different themes (freedom of expression, the miracle, the festival as exception) to explore what does it mean to delegate to the arts the possibility of questioning the real and what are art’s consequences on reality. On the base of different theoretical inputs combined with the works presented, the students will work on the philosophical and artistic possibilities for the exception to produce a change in the norm. The School takes place in the context of Santarcangelo Festival, which in 2015 focuses also on art as scandal and on the relationship between performing arts and the city, allowing the school to explore the heterotopias of Santarcangelo, reflecting on the line between protecting and controlling, and to build its form first and foremost on the idea of porosity. The School of Exceptions’ participant will mingle with the artists and theoreticians present at the festival as well as its audience and citizens. Such exchanges will be encouraged and articulated through the space provided for the school and its way of inhabiting it, by the possibility to follow its work from outside and by the traces it leaves in the public space as well as online.

The School of Exceptions is organised by:

The three partners offer an open frame of shared reflection and organise lectures, workshops and other activities for the school, within the festival’s rich program, whose preview is online: http://santarcangelofestival.com/sa15/. The festival of Santarcangelo provides meals, a simple accommodation and reduced performances’ tickets. In return, we expect all participants to stay in Santarcangelo for the whole duration of the project (July, 9th-22th) and their availability to live with other people and to bring own tent and sleeping bag. Spoken language is English.

Application
You can apply by sending your short bio, a description of your interest in the school in relation to your work (maximum 2000 characters including both) and one image raising a question on exceptions.

Please send your application via email to hello(at)aleppo.eu by June 5th 2015.

All the application will be examined by Aleppo, the festival of Santarcangelo and the University of Giessen. Selected applicants will receive an email by June 10th 2015.