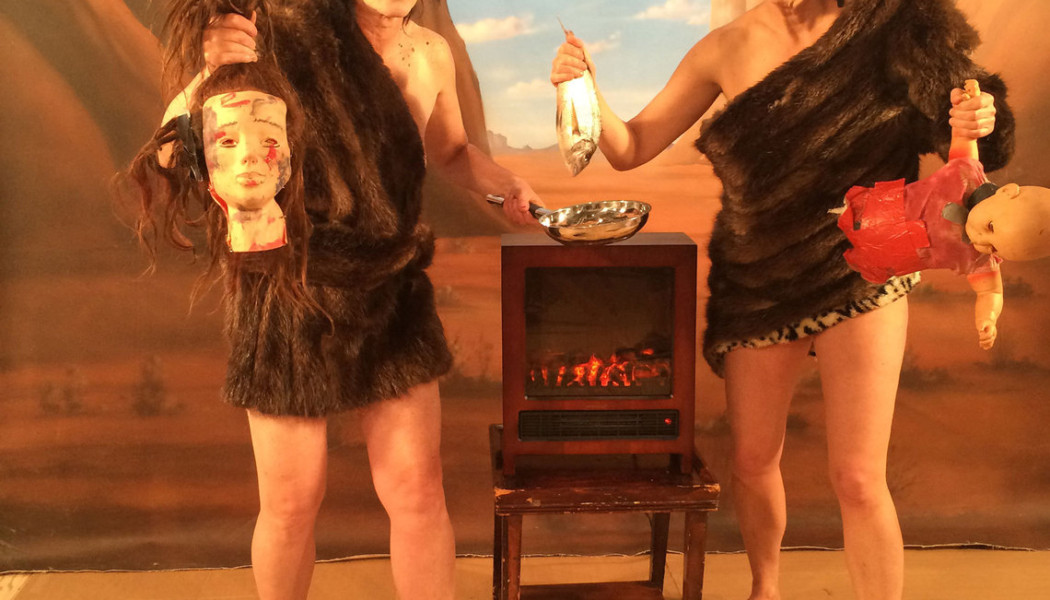 Part of the exhibition DANCENOISE: Don’t Look Back, DANCENOISE will host a curated evening of performance featuring ten artists in the style of a variety cabaret show. They will reimagine the famed King Tut’s Wah Wah Hut, an East Village bar where they organized and hosted a weekly performance series in the 1980s.

Tickets are required ($15 adults, students, seniors; $12 members). Due to limited capacity, visitors are strongly encouraged to purchase tickets in advance. Tickets may be purchased online until two hours before the performance begins. Any remaining tickets will be sold at the admissions desk on a first-come, first-served basis. The Museum’s galleries are not accessible during this program.

DANCENOISE is Anne Iobst and Lucy Sexton. The duo began making dance-based performances in 1983, initially emerging at the crossroads of no-wave, punk, performance art, modern dance, and Manhattan’s East Village nightclub scene. Their legendary stage shows—built on manic choreography, indiscriminate violence, biting up-to-the-minute social commentary, and precise comedic timing—made them, in the words of downtown performance legend Tom Murrin, “the premier practitioners of synchronized aggression.” DANCENOISE performed in many New York clubs and theaters including WOW Cafe, the Pyramid, 8BC, Performance Space 122, Franklin Furnace, and the Kitchen, and went on to tour nationally and internationally, presenting their work at Lincoln Center and winning a NY Dance and Performance Bessie Award.

This week-long presentation will include the premiere of a new live performance, a retrospective installation of their iconic shows, film screenings, and a curated evening in which DANCENOISE reimagines the famed King Tut’s Wah Wah Hut, an East Village bar where they organized and hosted a weekly performance series in the 1980s.

DANCENOISE: Don’t Look Back is organized by Jay Sanders, Curator and Curator of Performance, with Greta Hartenstein, curatorial assistant.