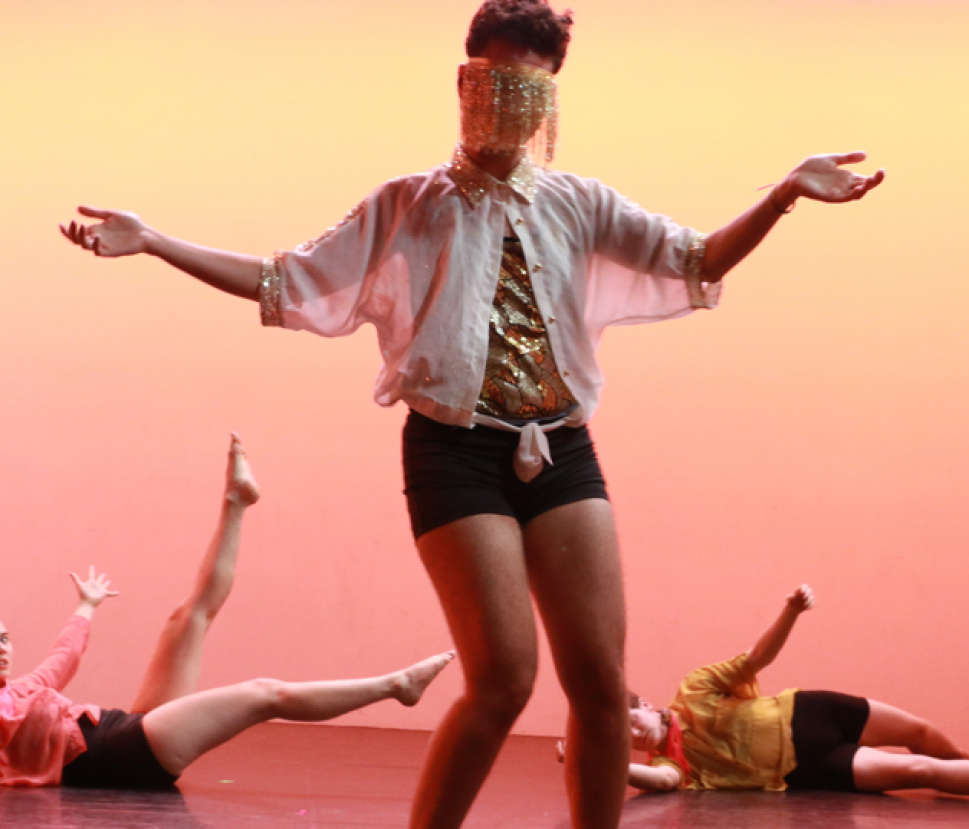 We wanted to share with you the artists for Special Effects Festival NYC 2018 and what we are focusing on with this project. This year’s edition asks; how do we strengthen community? how do we build empathy? and how do we stay focused and carry each other through this clusterf*ck”.

Artist driven and oriented, Special Effects gathers experimental performance works by practitioners exploring contemporary issues. Presented by contemporaryperformance.com, a network of over 7K+ artists in 82 countries, the festival samples the diversity and richness of the discipline of performance and presents an open forum for critical thinking on the issues of the day.

A Quick View Of Performances:

Intimatics I-III is a series of three movement-plays about intimacy and citizenship. First developed around the time of the 2016 election, the three parts of INTIMATICS (“Match,” “Speak/Box,” and “Threshold”) investigate the ways in which we navigate boundaries and inhabit flawed rule structures while also pursuing new structures of collaboration and social intimacy. Intimatics raises questions about how borders, walls, prisons, laws, and other governmental structures of containment shape the practice of intimacy between individuals and among communities—and how the practice of intimacy might reshape those structures.

Part classic standup comedy special, part teen zine vomit confessional, They, Themself and Schmerm is Becca’s disturbingly hilarious personal tale of being adopted into a Midwestern religious family, trained to be a girl, molested, and plagued by the question, “How do I become a man and do I even want that?” Becca engages in loving confrontation with the audience, asking what it truly means to be authentic in these meat carcasses.

“It would have taken me two years of focus groups to make being molested that funny.”  —Young Jean Lee

Written and Performed by: Becca Blackwell
Directed by and Developed with: Ellie Heyman
Video by: Jill Pangallo and Nicholas Zeig-Owens
In Collaboration with: Jess Barbagallo and Jill Pangallo

An evening of new works and works-in-progress from the Contemporary Performance network revealing radical experiments in performance. From young makers breaking into and out of the performance scene, this evening event brings together vital forces that are shaping the next frontier of performativity. Existing between the black box of experimental theatre and the white rooms of the art museum, gray spaces explore the marginal zones of performance.

Maiko Kikuchi / Daydream Anthology
Maiko Kikuchi is a Brooklyn based artist, who received her B.A in Theatre Arts and Fashion Design from Musashino Art University, Japan in 2008, and her M.F.A in Sculpture from Pratt Institute, in 2012.

Extensive multi-faceted professional experience in the areas of Illustration, painting, drawing, collages, sculpture, animation and puppetry/performance. Her self direction object theatre piece has shown at many theaters in NYC. “ON The Other Side Of The Fence” at Dixon Place in 2017,”PINK BUNNY” at Japan Society in 2016, “No Need For A Night Light On A Light Night Like Tonight” at LaMaMa in 2015, “PINK BUNNY” at St. Ann’s Warehouse in 2014, “Daydream Anthology” at St. Ann’s house in 2013. She also directed/performed in a performance company, Brooklyn Touring Outfit’s recent show “Co.Incident” at JACK in 2017, performed as a puppeteer in both Theodora Skipitares’s performance show ”Six Characters” at La MaMa Ellen Stewart Theatre in 2016 and in “The Chairs” at Whitney Museum in 2013. As a visual artist, Kikuchi participated in Group exhibition“In Time/Out of Place” at parasol project in 2017, “Crown Heights Film Festival” at FiveMyles Gallery in 2017, Group exhibition “Unwritten Stories” at HERE art Center in 2017 and her art works are commissioned to some online art galleries such asTuuum,The Art Mint and Walls Tokyo. Kikuchi is currently artist in residency at HERE art center.

He is a 2016 MacDowell Colony Fellow, 2016 Chesley/Bumbalo Playwriting Award Finalist, 2016 Princess Grace Award Semi-Finalist, a Colt Coeur resident playwright, and is under commission from Lincoln Center Theater and Playwrights Horizons.

Jeremy is currently in his second year at the Yale School of Drama for Playwriting.

Alex Borinsky / Essay Time
Alex Borinsky is a playwright and performer, originally from Baltimore. Recent projects include Of Government, a play, with Clubbed Thumb, and Weird Classrooms, a plaything, with University Settlement. Coming in May is Ding Dong It’s the Ocean, with Rady&Bloom at JACK. He is writing a young adult novel called Sasha Masha.

Cara Francis / Happy To See You
Hi, I’m Happy To See You. You may be selected to dialogue with me, a friendly virtual assistant. If selected, you will be truly seen by your friends, your peers, some strangers and a complicated series of algorithms collecting your data directly from your mind’s eye. I love you and I don’t know you but I feel like I’m inside your house two years ago making friends with your cat in that video you posted and laughing and laughing at how great you are.

Cara Francis is a writer, performer, video artist and New York Neo-Futurist. Her installation work includes “Stand” (Brooklyn Museum, IPA), “Remote” (Trouw, Amsterdam, NE, New Museum for AUNTSisdance, First Person View, The Knockdown Center). Press includes Village Voice, NY Times, Wall Street Journal, Vice’s MOTHERBOARD and Bedford+Bowery. Happy To See You premiered at the Print Screen Festival in Tel Aviv and has been seen at Automata Arts, Los Angeles and at the Collapsable Hole in NY with the NY Neo-Futurists. She has written for Reductress, Internet Action Force and PYPO and her original musical, Fantasy Grandma’s Live From the Silent View Home for the Elderly was part of Ars Nova’s 2017 ANTFest. She performs as Jane B, the grandma with the silver Q-tip head.

Zoë Geltman / Puffy Hair
A solo show written and performed by Zoë Geltman’s exploring diarrhea, female self-degradation, and whether you picking a hard, red booger at the exact moment that another you takes a dump in a public restroom in a rehearsal space where you’re about to audition for a web series and try your hand at being a legit actor who like, does stuff, proves the existence of a higher being.

Rachel Lauder Nalebuff / Stage Jokes
Rachel Kauder Nalebuff explores new kinds of community through performance and writing. Her project The Bumps (PRELUDE 2017, Skirball Cultural Center 2017) is a durational play about grappling with an unknown future, made for a cast of pregnant performers who rotate through the production. Her adaptation of The Birds (NYU Performance as Therapy Dpt, 2017) is made for residents of a nursing home. Stage Jokes (2018) is a collection of very short theatrical ruminations—most of which are not really jokes or meant to be staged. It is meant to be a bathroom book. Rachel runs 3 Hole Press, a small press for performance works in printed formats.

Please feel free contact us and we hope to see you there!