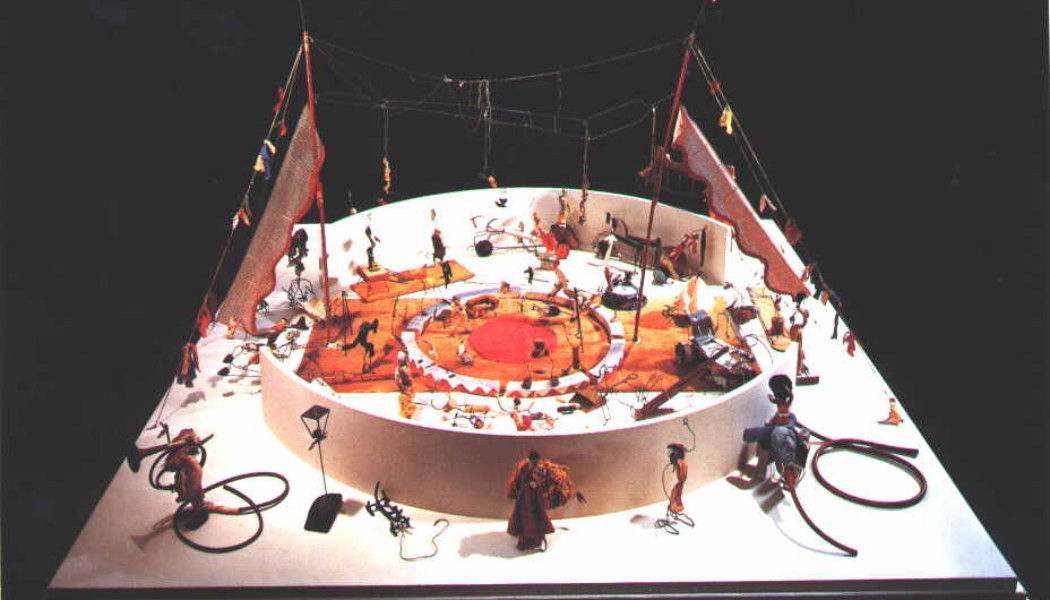 Carlos Vilardebo’s 1961 film of Alexander Calder’s “circus,” an intricately assembled performance piece played out by handmade characters including jugglers, sword swallowers, clowns, and animals. These figures, crafted from a collection of “cork, wire, wood, yarn, paper, string, and cloth,” were each assigned a series of movements and manipulated by the artist to perform specific circus acts. With performances held at various locations in Paris and New York through the mid 1930s, Calder’s circus helped to establish him in avante-garde circles. Jean Cocteau, Joan Miró, Fernand Léger, Piet Mondrian, Le Corbusier, Thomas Wolfe, and André Kertész were among those who saw the celebrated Cirque Calder over the years.