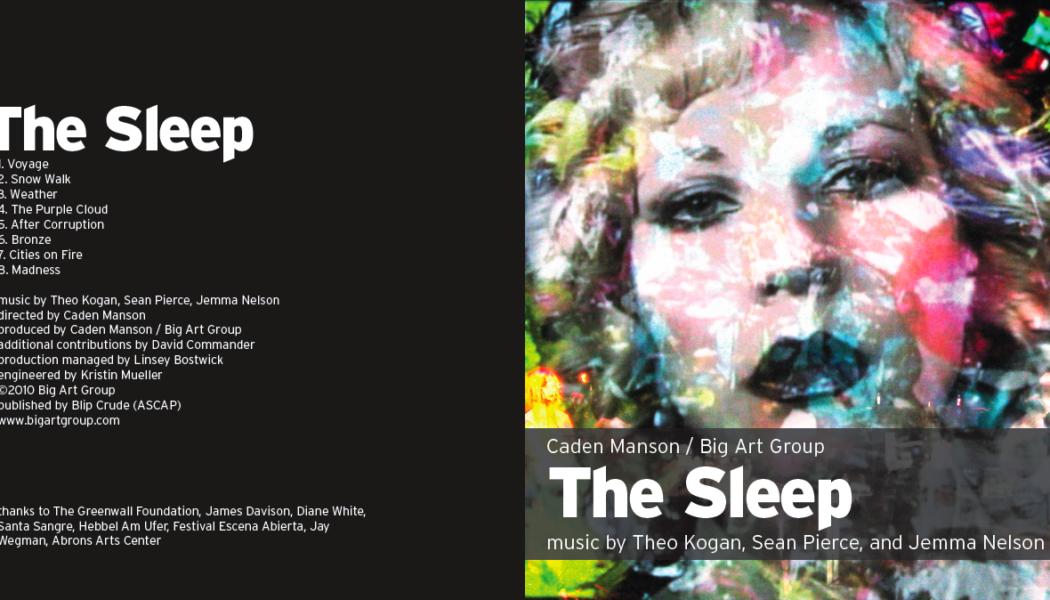 The Sleep will be performed as part of Big Art Group‘s 10th anniversary weekend festival at Abrons Art Center in NYC April 15-18, 2010 and Big Art Group has released the concept album for the NYC premiere.

Listen to one of the songs below.

The Sleep mixes early cinema techniques, magic lantern, concept album and Big Art Group’s Real Time Film technique into a live see-though movie adapted from M. P. Shiel’s 1901 story, “The Purple Cloud,” in which a lone explorer races to the North Pole while a poison purple cloud covers the earth. His subsequent return to the remnants of civilization drives him into a crisis of being, in a classic “last man” adventure that eerily presages catastrophic climate change. Live music by Theo Kogan, Sean Pierce, and Jemma Nelson with toy theatre performances by David Commander and Jonathan Farmer. Direction and video design by Caden Manson. System design by Jared Mezzocchi. Associate produced by Linsey Bostwick. Supported by the Greenwall Foundation.