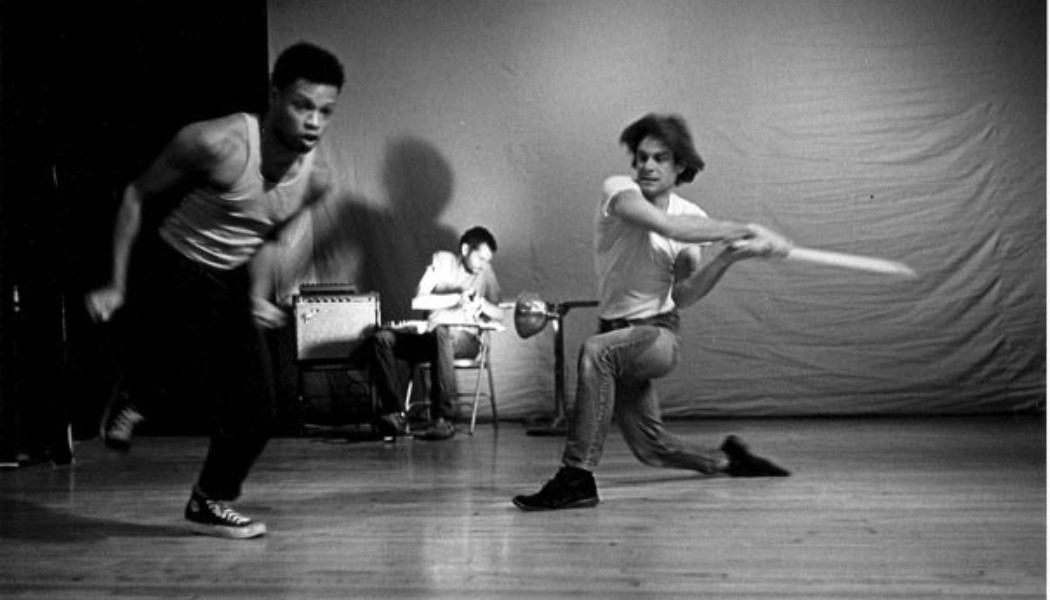 Performance Space 122 is a not-for-profit arts center in New York City, serving the dance and performance community. Over the past 25 years what was once an abandoned school has become one of the world’s leading arts institutions, an esteemed presenter of experimental and alternative performance and a home to countless emerging artists.

Located on the corner of First Avenue and 9th Street, the former Public School 122 was abandoned and in disrepair when a group of visual artists began to use the old classrooms for studios. In 1979, choreographer Charles Moulton began holding rehearsals and workshops in the second floor cafeteria, and invited fellow performers Charles Dennis*, Tim Miller and Peter Rose to collaborate in the administration and use of the space.
P.S. 122 began its presentation history in 1980 with the first Avant-Garde-Arama, a multidisciplinary showcase and published its first complete calendar of performances, classes, workshops and more.

P.S.122 doubled its programming in 1986 when it converted the old “gym” on the first floor of the old school building into a performance space to be used for extended runs of small theatre groups and as a site for community meetings.

P.S. 122 now boasts two theatres with presentation programs of dance, performance, music, film, and video, professional technical and administrative staffs, a national touring program, an active commission program, low-cost rehearsal space and more. Its name is synonymous with ground-breaking, adventurous performance and a roster of artists that can mark the beginning of their careers from their performances here is impressive.

Today, Performance Space 122 remains committed to finding, nurturing and presenting the best and the brightest of emerging performing artists as well as discovering artists who are creating new disciplines, defying conventions, and expanding the parameters.

Iver Findlay
WHERE NOW AND NOWHERE ELSE
US PREMIERE | Upstairs