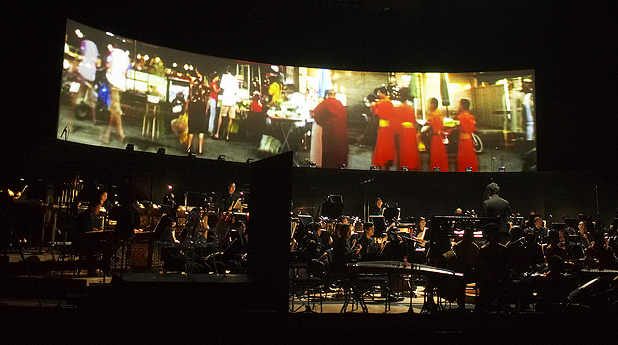 The Fukuoka Prize was established to honor outstanding achievements by individuals or groups/organizations in preserving and creating the unique and diverse cultures of Asia. The aim is to foster and increase awareness of the value of Asian cultures as well as to establish a framework within which Asians can learn from, and share with, each other.

Prize money: 3,000,000 yen
To be presented to individuals/groups that have made outstanding contributions in the cultivation and/or advancement of the unique and diverse arts and culture of Asia. It covers the fields such as fine arts, literature, music, drama, dance, film, architecture, traditional and ethnic culture.

Mr. Ong Keng Sen’s productions are shaped by modern sensibility which brings together Asian and European performance traditions in striking way. He has won international acclaim as a director. He has been a pioneer at the international frontier of theatrical art: his plays do not disregard tradition, but still place a premium on physicality, and remain true to the spirit of pop art.

Mr. Ong was born in Singapore in 1963 He graduated from the Faculty of Law, National University of Singapore, in 1989. In 1988, while still at university, he founded ‘TheatreWorks’, and began his career as an artistic director. From 1993 to 1994, he studied at Tisch School of the Arts, New York University, and obtained an M.A. in Performance Studies. Around this time, his productions were staged in the US, Europe and Japan, and his name became well known to the world. Since then he has been offered commissions by major theatres and arts festivals in Asia and Europe, and has directed a great variety of plays. In 2003, he received the Singapore Cultural Medallion Award (Theatre).

In all his activities, Mr. Ong is always asking himself the fundamental question, ‘What does it mean, today, to live as an artist?’ As a theatre director, he has fixed his gaze at the geographically vast expanse of Asia and the Western world, and also across a long stretch of historical memory. The Flying Circus Project, which has been in continuous development since 1996, has provided a landmark opportunity for performers from diverse backgrounds, both Asian and Western artists of classical and contemporary performing art as well as those from non-theatrical backgrounds, to work together. This gave birth to innovative stage adaptations of Shakespearean plays such as Lear (1997-99) and Desdemona (2000-01), which was performed at the Fukuoka Asian Art Museum. In Sandakan Threnody (2004) and The Continuum: Beyond the Killing Fields (2001-10), which are classified in a new genre called ‘docu-performances’, he traced the records of warfare in modern Asia and presented these on stage. Then the stage became a thrilling space where the audience, too, could inspect Asian history through a sharply critical lens.

Mr. Ong Keng Sen is one of the leaders of the international performing world, whose work has successfully broken down the simplistic dualism which traditionally separate the classical from the contemporary arts, and the East from the West. By thus transcending barriers between genres and nations, he has contributed greatly to a revaluation of the fundamental and universal power of art through his sharp awareness of contemporary issues. For this contribution, he is truly worthy of the Arts and Culture Prize of the Fukuoka Prize.