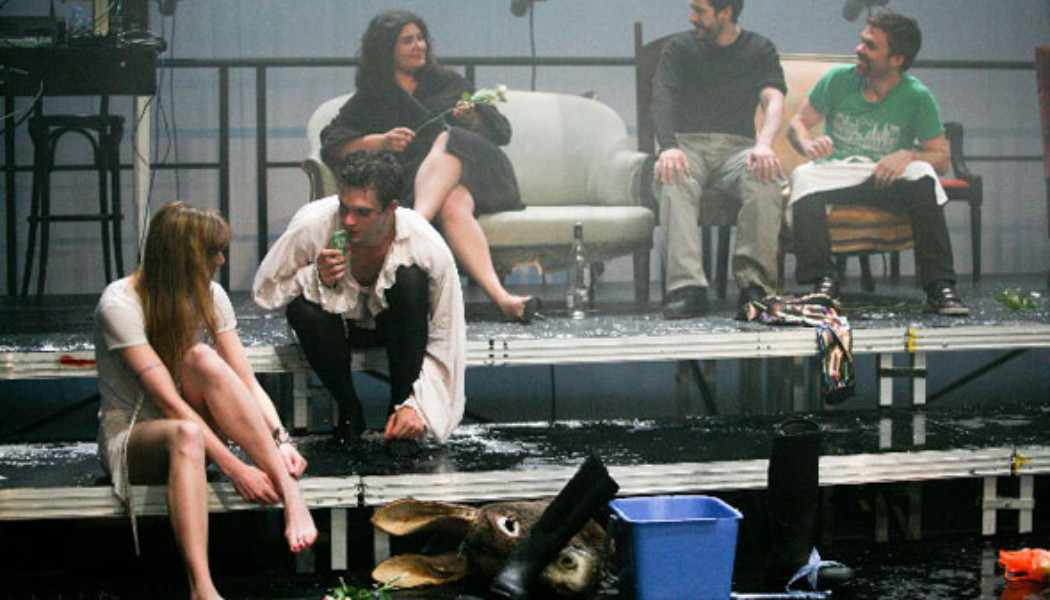 After training as an actor in the school of Antoine Vitez Theatre National de Chaillot, Yves-Noel Genod working with Claude Regy , Francois Tanguy at the Raft Theatre of Le Mans, and Julie Brochen for ‘ The Living Corpse ‘of Tolstoy . He also studied at the dance on various courses and workshops, in particular addressing improvisation and performance with Mark Tomkins and Julyen Hamilton , classical dance with Wayne Byars . man of the theater , dancing on occasion, it is the interpreter choreographer Loïc Touze . Director since 2003, he created numerous iconoclastic border of the show, the performance, theater and dance, like ‘ Dior is not God , ‘the one-man shows ‘Pending Genod’ and ‘ To finish with Claude Regy ‘and’ The Dispariteur ‘, the name of the company he founded. This piece is played partly in total darkness. In 2009, he returned to Chaillot and submit to the Studio of Yves-Noel Genod ‘. What was originally meant to be a solo dance results in a piece for five dancers inspired by a project ‘Ballet homeless’ and show ‘Blektre “created in 2007 on a text by Nathalie Quintane. Practicing the art of balancing between staging and improvisation, Yves-Noel Genod put his theater in question in each of his creations’ unpremeditated ‘, bringing together artists from different backgrounds. Alert to keep a greater freedom to actors , he has fully that which is given to shape his dreams.