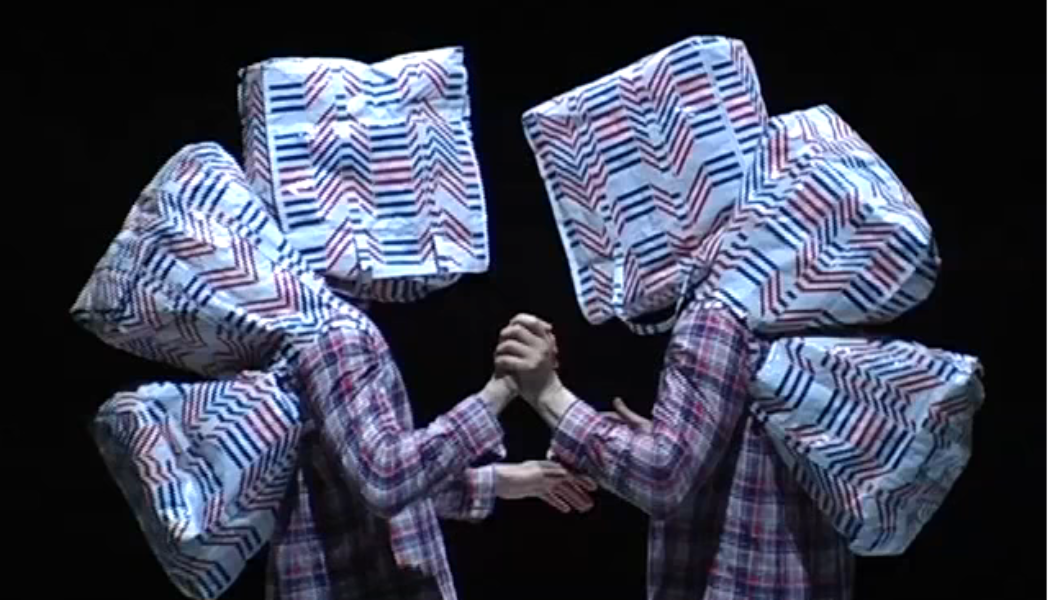 In 2007 Alessandro Sciarroni undertook his first creation as an independent artist. The performance entitled “Your girl” was selected and took part in the competition in the final stages of the Dro International Performance Prize, Centrale Fies. The work “If I was your girlfriend”, also in 2007, won the “Germogli” prize, while in 2008 he won the “New Sensibilities” prize with the “If I was Madonna” project. He completed his artistic training from 1998 to 2006, participating as a performer in the main creations of Lenz Rifrazioni. In particular, for the roles he played within the monographic project of the company on Calderón de la Barca, he was pointed out by Italian and foreign critics as sensitive performer of the contemporary artistic stage.

Lucky Star is a digression on Romeo and Juliet. Shakespeare calls them ‘Star Crossed Lovers’, lovers like two identical stars, that during their short life, lived in the reflection of the other. As before a mirror, their’s is the story of two souls bright, equal and opposite. They meet in the twilight, touch and recognize twins.

Cowboys is a performance about colour and superficial identity. It could be reassumed with the phrase: thanks to contemporaneity that allowed us to stay on the surface of the things. The performers, a boy and a girl, wear some quadrangular mirrors in front of the face. In this way the body loses identity and is progressively melted with the space, with the look of the public, but above all with the colours of the floor. The artifice of the mirror doesn’t grant the possibility of meeting to the performers, until all the colours are experimented. Now the lyricism of the action is broken by the execution of a simple choreography country dance line (Texan dance to be done with boots and hat). A Hat, a pair of boots and a belt are sufficient to become a cowboy (in the observer’s imagination). The visual level of the performance is based on the studies about space of the Portuguese artist Helena Almeida, and on the structure of the book about colours “Chroma”, written by Derek Jarman.

“Your girl” is a performance about a desire, about an inspection of a feeling. It is based on a study of “Madame Bovary” by Flaubert and on the poetic transposition of this novel, “La Bovary c’est moi”, written by Giovanni Giudici in the twentieth century. The dramaturgy proceeds through the biographies of the performers, in the biographical instant in which they are united on the stage. The actor is a dictionary. Nature/Life. Life/Nature. That is reversing the position text/actor that is Madame Bovary interprets Chiara Bersani and not the contrary In “Your girl” Emma Bovary doesn’t kill herself, doesn’t suffocate, but she still breathes, in an impossible souvenir photo, in an Italian pop song. So, Matteo Ramponi, from an object of the desire, becomes companion of the anti-tragic mechanism.