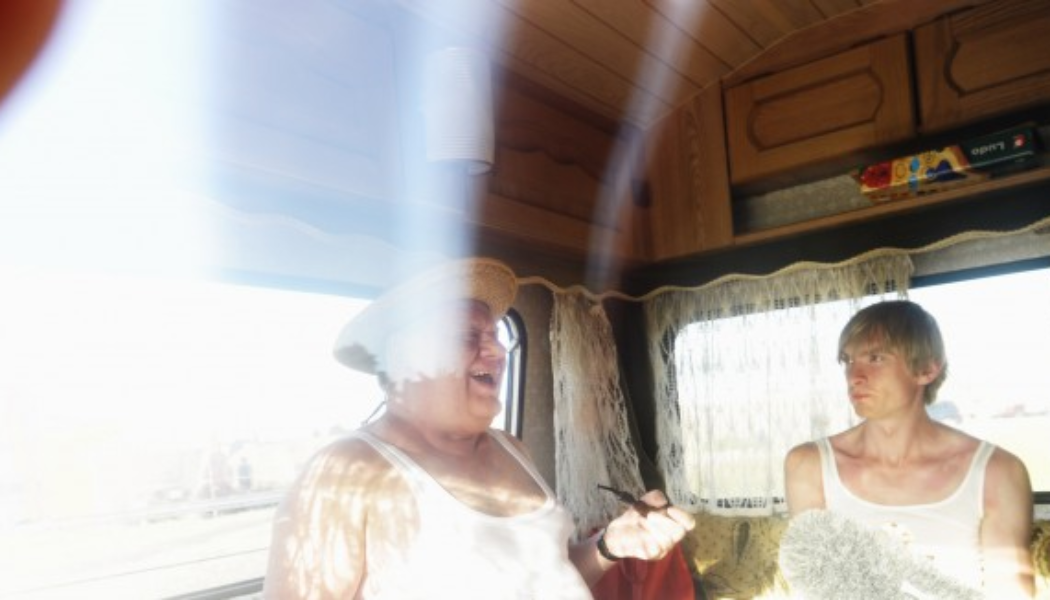 About:
This international festival provides visitors with a chance to see a number of special international performances. Some of the productions chosen stand out for their failure to comply with the rules and widely-held opinions of the conventional world of theater. (from the Holland Visitors Site)

Is it harmless to ask questions?
Who are you? What’s your name? How old are you? Where are you from? Are you a journalist? Do you love me? Are you Dutch? Turkish? Portuguese? Do you know where Portugal is? What language do they speak over there? What exactly is your language? Can you actually speak? Why are you here? What did you do in Pakistan? What did you do in Utrecht? Are you married, and if so, why? If you cooperate with us, you can sleep in peace and quiet. Keep your head up! Answer me is the first text famous Dutch writer/director Gerardjan Rijnders has written for theatre company Dood Paard; it is performed together with two Portuguese actors. -performed in English and Portugese, English surtitled-

When learning another language, you open the door to another world. The father raises a can to his mouth, saying: “I – drink – beer”. The audience tries to understand him and tries to remember the words he uses. He is engaged in a Mandarin Chinese course, provided by five Chinese people who use the course to be able to stay in the West. Afterwards, not all things sound like Chinese anymore. Theatre artist Edit Kaldor, Hungarian from origin, is fascinated by communication that is actually impossible, but is nevertheless achieved due to the mutual efforts of actors and audience.
-performed in Mandarin, language no problem-

In the Ruhr Area, post-industrial society has caused huge unemployment, with all the associated social consequences. German writer and director René Pollesch loves to throw himself into such radical processes, together with his actors Irm Hermann, Fabian Hinrichs and Volker Spengler, and scenographer Bert Neumann. At a spectacular outdoor location, they give a razor-sharp and hyper energetic performance showing that all aspects of our life are impregnated with economic interests, the public space is increasingly privatized and the media put pressure on the traditional idea of human beings and family.
-performed in German, Dutch surtitled-

A Note From The Artistic Director:

BANG! How would you pronounce this? In an English tone, and preferably with some stress: BANG, a big bang, an explosion? Sounds dangerous, but also playful. Or maybe you would pronounce it in Dutch (if you can!) as ‘bang’, meaning afraid. Afraid for the English BANG. Or do you actually feel tickled by it, particularly when the BANG is hanging on a seductive arm that is in turn connected with a masked young lady wearing a dress in the shape of a pistol?

Ambiguity: that’s what makes us sit up straight in theatre. When it entertains and hits (the heart, the mind), when it seems to draw no boundaries between performing and being, or when it irritates, even repulses, but in turn stirs up compassion or understanding. Exactly like life itself – and that’s what we want to celebrate. Unambiguously, with the work of theatre makers such as Michael Laub, The Nature Theater of Oklahoma and Philippe Quesne. Ambiguity however should not be mixed up with halfheartedness. Theatre makers like Kornél Mundruczó and Jorge León & Simone Aughterlony interrelate to the dark sides of our society and force us to take a stance: to look away or intervene? Davis Freeman and Lotte van den Berg navigate between these poles, just like René Pollesch who has created a perfect cross-border between a feel-good performance and one that gives the gun to society.

With a cheerful BANG from a toy gun, I wholeheartedly invite you to fearlessly pull out all the stops for the Keuze-performances: sometimes you have to travel a bit to get there, but the unexpected sites will provide you with new encounters, including with Dutch companies that might be more or less familiar to you, such as Wunderbaum, Piet Rogie C.S., Dood Paard and De Warme Winkel. For us, it will be just as exciting: there have never before been so many (co)productions that will have their (Dutch) opening night with us! De Gouvernestraat (previously Lantaren/Venster) will function as the centre of the festival during the entire Internationale Keuze, until Saturday 2 October when the Rotterdamse Schouwburg opens its doors again following a hot summer of rebuilding and redecorating. Please join us for the final performance of the festival in the renovated city foyer of the Rotterdamse Schouwburg.

Until then, I wish you inspiring theatre discoveries, all across Rotterdam.