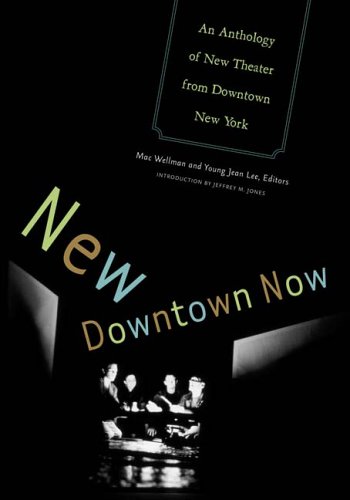 [amazonify]0816647313[/amazonify]At a time when most serious drama being written and produced for the American stage aspires only to mainstream acceptance and high-toned mediocrity, an innovative new generation of playwrights based in New York City has emerged, crafting works that challenge and undermine the conventional structure, language, and characterization of commercial theater while rejecting outdated notions of the avant-garde. New Downtown Now brings together ten new works that exemplify the playfulness, excitement, and possibilities of the theater. Characterized by fragmenting structure, hypnotic rhythms, kaleido-scopic imagery, unpredictable characters, and lyrical language, these plays resemble puzzles from which the writers are teasing revelations. Though disparate in subject matter and style, with characters ranging from a sushi chef to a soldier and settings from a taxicab to a live television broadcast, these highly original plays share a commitment to formal experimentation that places them beyond the psychological clichés of the majority and the cold condescension of postmodernism. The anthology includes Interim by Barbara Cassidy; Tragedy: a tragedy by Will Eno; Nine Come by Elana Greenfield; Shufu-Sachiko and Enoshima Island by Madelyn Kent; The Appeal by Young Jean Lee; The Vomit Talk of Ghosts by Kevin Oakes; Ajax (por nobody) by Alice Tuan; Apparition, an uneasy play of the underknown by Anne Washburn; Demon Baby by Erin Courtney. Mac Wellman is the author of numerous plays and the recipient of three Obie awards, most recently in 2003 for lifetime achievement. He is professor of playwriting at Brooklyn College. Young Jean Lee is a playwright and director, and member of the Obie award-winning company 13P. Jeffrey M. Jones is a playwright and curator of the Obie award-winning Little Theater at Tonic in New York.