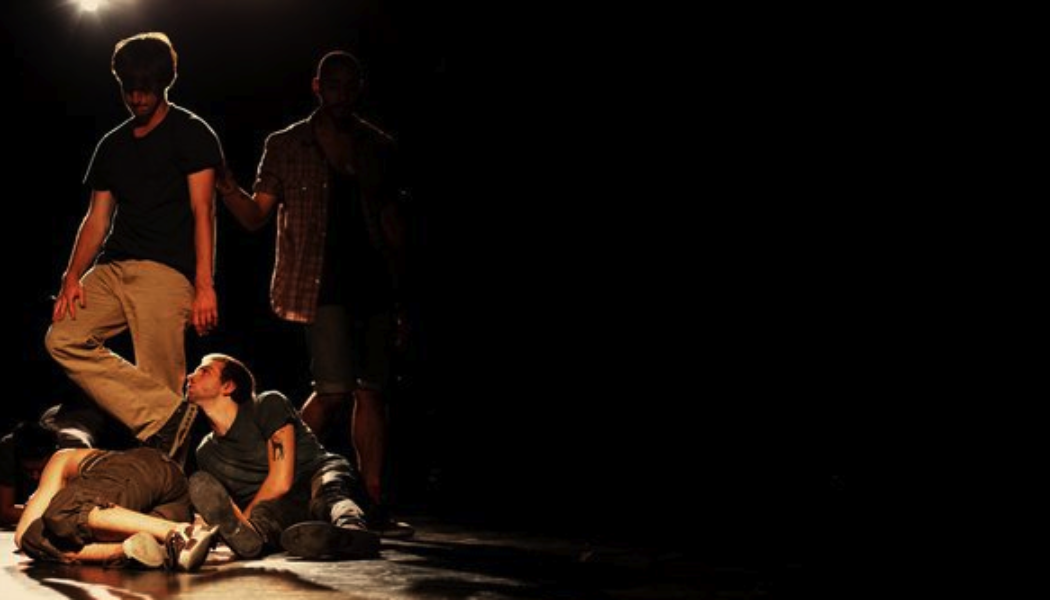 Rehearsal Rehearsal image from THEM 2010 at the New Museum NYC , © Christy Pessagno.

Ishmael Houston-Jones, whose intensely physical improvisations have been a staple of New York’s contemporary dance scene for over three decades, sparked controversy in 1986 at Performance Space 122 with THEM. Made in collaboration with Dennis Cooper (text) and Chris Cochrane (music), this incendiary work addressed some of the many ways men could be with men. After a successful run of the work-in-progress at PS122 in 1985 the creators of THEM felt that the urgency of the AIDS epidemic demanded a presence in this piece about men with men. In the 1986 premier of the full-length version for six male dancers at PS122 Cooper read his own provocative words, and Cochrane played cacophonous electric guitar live; frequently violent and exhausting dance sequences, culminated in a horrific duet between Houston-Jones and an animal carcass on a dusty mattress. The production almost got PS122 shut down.

Through a reconstruction residency at The New Museum, the three creators have recast THEM with a new generation of male performers. Rehearsals of THEM at the New Museum culminate in a series of programs collectively titled THEM AND NOW, exploring the artistic impulses that propelled the creation of this “aggressive and vital” (Village Voice) performance work and its reconstruction 25 years later.

As part of PS122’s 30th Anniversary Season, this ground-breaking piece is back and investigating its continuing relevance to dance and to social discourse in 2010.