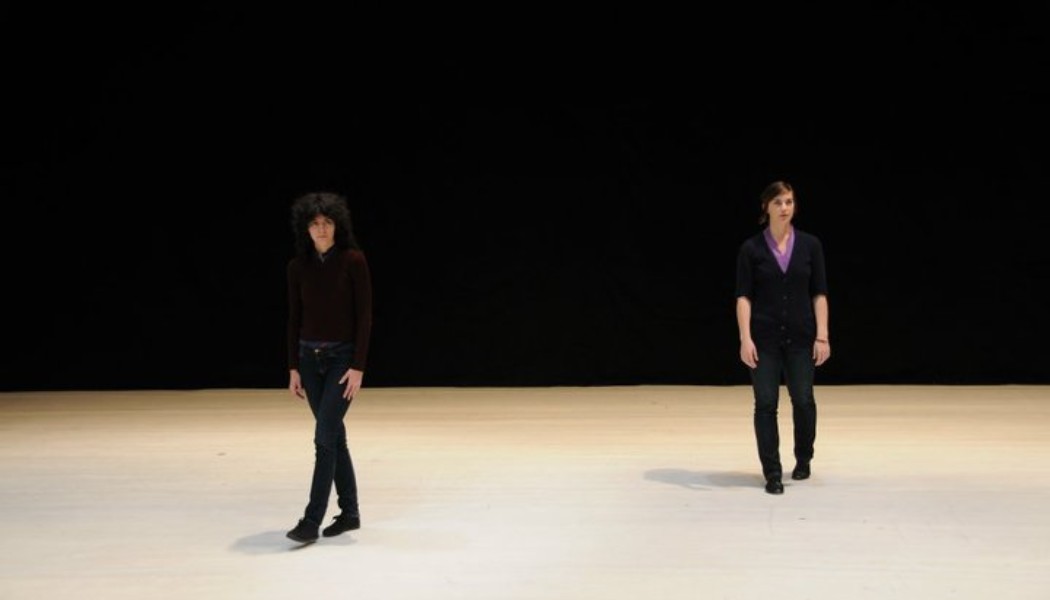 Danspace Project presents a new work and collaboration by Belgrade-based Dragana Bulut (2010 recipient of the Prix Jardin d’Europe), and Brooklyn-based Milka Djordjevich. In Made in China, these two diverse choreographers find a common ground in creating a discourse and offering questions about the nature of movement, performance, and the constructs of theater as a natural habitat for performance.

Made in China explores the globalization of contemporary dance, as well as the larger system we live in, and suggests the performers’ true place within the system of the theater when their attempt to move proves to be futile. Bulut and Djordjevich collaborate with Keith O Brien (sound design), Yair Vardi (lighting design), and Ana Vujanovic (dramaturgy).

Milka Djordjevich is a Brooklyn-based dance artist. Raised by Serbian parents in Long Beach, California, she received a B.A. in World Arts and Cultures from UCLA and an M.F.A. in Choreography from Sarah Lawrence College. Milka’s choreography has been shown at several New York City venues, including Dance Theater Workshop, Danspace Project, Movement Research at Judson Church, and The Chocolate Factory Theater, and internationally in Austria, France, Italy, Poland, and Serbia. She has performed for The Giant Women (Dragana Bulut, Gillie Kleiman, Ligia Soares), Elizabeth Ward, Natalie Green, Sam Kim, and Jennifer Monson, among others. Milka was a 2006-2007 Movement Research Artist-in-Residence, a visiting artist/student at P.A.R.T.S. (Brussels), and a 2008 & 2010 danceWEB Europe Scholar. Curatorial projects include co-curating the Movement Research Spring Festival 2008: Somewhere Out There and Re-Imagining Utopia In NYC, an Austria-NYC dialog. Milka also was a guest editor of the Movement Research Performance Journal #34. Current collaborations include music-dance investigations with composer Chris Peck and a new dance work with Serbian dance artist Dragana Bulut. With Beth Gill and Anneke Hansen, she co-runs BARN, and she is an active member of Embassy of WTF. Her blog has received as many as 37 hits in a single day.

She created “Puzzle” colaborative educative project with Dalija Acin, Dusan Muric and Andjelija Todorovic , premiered in May 2009 in Yugoslav Drama Theater in Belgrade. “The Giant women presents the Gretest Show in Town“ premiered in Febryary 2009 in Belgrade , in colaboration with Gillie Kleiman and Lígia Soares with dramaturgy support of Ana Vujanović. “Once upon the time…and again from the beginning”, performance made during of Resonance research project, presented in Belgrade, Poznan , and Body Mind festival Warsaw.
Work in progress group piece made during residence in Italy IFA 07. ” Just one more solo” performed in REX Belgrade, Festival Sarajevo winter (Bosnia), Balkan dance platform, Athens (Greece), Biennale of young artist of Europe and Mediterranean, Puglia 2008 (Italy).

She is one of the members of Station- service for contemporary dance in Belgrade. Member of “Embassy of” umbrella of performing artists from more then 40 countries.