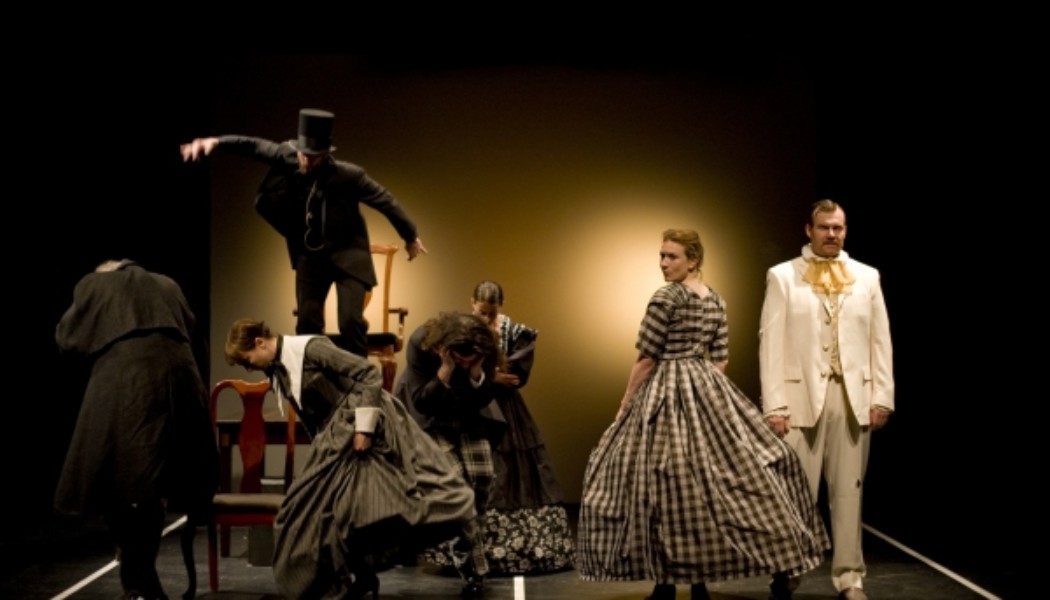 A fierce, undead tension animates the American frontier: the struggle between the freedom of the individual and the question of who or what belongs in the club. FREEDOM CLUB is a savage comedy about the delirium and danger in American extremism, a hallucination on national themes. It time-travels from a feverish dream-play starring Shakespearean assassin John Wilkes Booth to Virginia, 2015, where a determined group of self-styled radicals are rapidly coming unglued.

FREEDOM CLUB is the result of an intense collaboration between New York experimental theater company The Riot Group, known for their potent barrage of language, and New Paradise Laboratories, who are famous for their witty and dynamic physicality. Together the two companies present a Lincoln White House full of prophetic visions, a Tea Party from beyond the grave, and a group of feckless separatists careening to their destiny.

This event is FREE, but please RSVP by email info@casita.us or call 718-589-2230.
NO COSTUMES, NO SET, NO MICS, SOME PROPS… but come anyway to an open rehearsal of Life and Times – Episode 1

LIFE AND TIMES is the last of a series of works made by Nature Theater of Oklahoma (No Dice, Rambo/Romeo) which engage with and reinvent traditional narrative archetypes. Starting with their first ballet, Poetics, the company has dedicated itself to making work as a group, in rehearsal, working within various “high art” forms over which they possess no professional mastery, to create their own art brut. With LIFE AND TIMES, the company will aim themselves at the life stories of great men of genius, blend that with the traditions of opera, and eventually bring you the ultimate in musical autobiography.

Directions:
Take the 2 or 5 trains to Simpson and walk a block and a half south to 928 Simpson (just past 163rd st.). Or take the 6 train to Hunts Point and walk 2 blocks to Simpson.