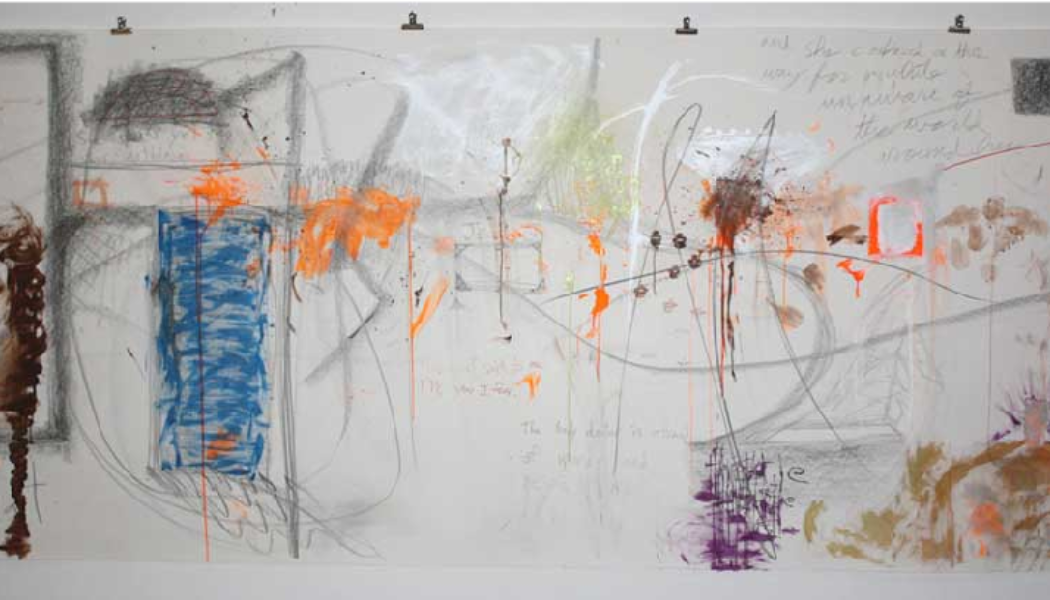 The classic Sergei Prokofiev composition Peter and the Wolf (1936) is torn apart in young performance artist Marc Arthur’s new version of this timeless tale, which looks at how childhood narratives can drive misplaced notions of innocence and purity. Ten young performers, ranging in age from seven to fourteen, enact a series of conceptual and fast-paced actions that draw from over 80 different literary and pop culture sources to tell the story of Peter in the Wolf, in which a boy captures a wolf and takes him to the zoo. A children’s chorus and a troupe of child ballerinas elevate the most dramatic moments of the production and, through acts of group humiliation and violence, viscerally remind audiences that children are not always so innocent or kind. At the same time, a huge white canvas in the back of the space gradually fills with line, shape, and form as the performers reconstruct the Peter story as a painting in which each color represents a different character. Each audience will witness the creation of a painting unique to that night’s performance.

Employing a host of postmodern performance techniques—particularly inspired by the manic, electrified performance style found in the work of Iranian-born theater director Reza Abdoh—the actors and dancers in Peter and the Wolf work from a script compiling dialogue from figures ranging from Aristotle to Maya Angelou, and from Samuel Beckett to Michael Jackson (see full list of sources in “About the Script” below). With this wealth of remarkable material, and using the extraordinary skills of these young performers to tell this classic fable while simultaneously deconstructing the mythology surrounding such tales of child heroics.

About The Artist
Marc Arthur’s work strips theater of its essential elements, fusing physical media with live action to articulate a combined logic of the performing and visual arts. His shows have been produced by LaMaMa, Dixon Place, New Langton Arts, and The Living Theater. Arthur frequently collaborates with legendary underground filmmakers the Kuchar brothers and beloved drag performance artist Vaginal Davis. He has been an artist-in-residence at the Emily Harvey Foundation, Venice (2007) and Frise, Hamburg (2009). Arthur studied at Universität der Künste, Berlin; the California College of the Arts, San Francisco; and in the dramatic writing program at Tisch School of the Arts, NYU.