By Caden Manson (Editor In Chief)on May 17, 2011
Comments Closed 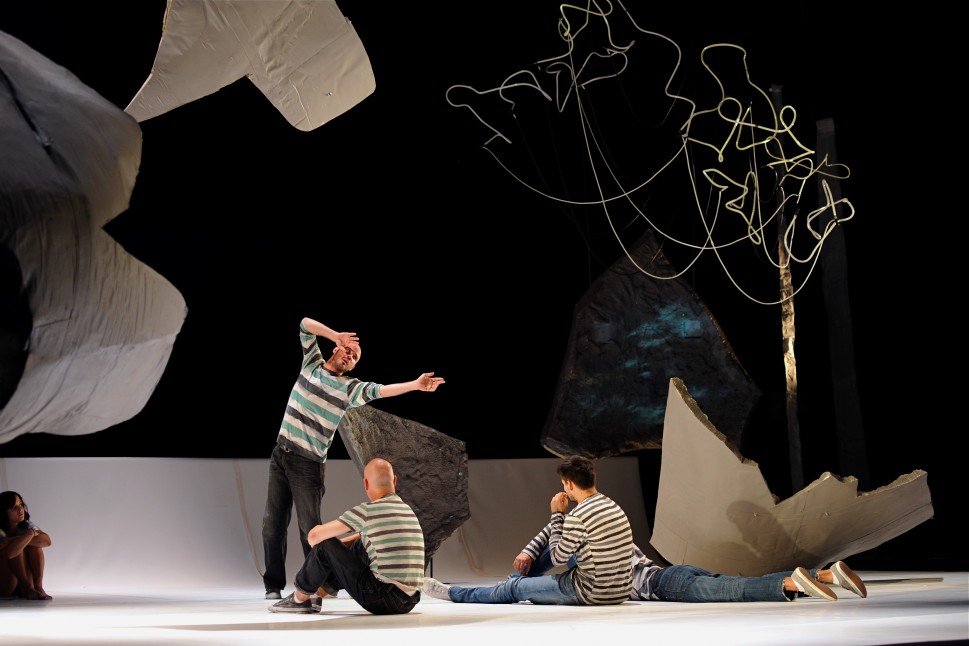 Exploring the evolving processes of contemporary performance, Nameless forest continues Moss’ formal investigation of both the dialogue between self and other, and the role of the audience in the performance experience. Moss examines the impact of shared rituals on the formation of community, and translates Chun’s installations into live action while questioning the act of translation itself. Nameless forest presents a unique combination of the dancers’ respective cultural traditions and contemporary dance, music and theater practices. Up to 12 audience members will be asked to join the cast onstage for each performance, reflecting through their undirected response, the community’s role (and risk) in the individual and often transgressive nature of art making.

About the Artists:
Sungmyung Chun received his B.F.A and M.F.A from Suwon University in South Korea. Chun’s seventh solo exhibition Swallowing the Shadow was recently held at TouchART Gallery in Heyri Art Valley, Paju, Korea. Chun participated in ARCO 2007, Art Rotterdam 2007, Busan Biennale 2006 and Gwangju Biennale 2000 as well as various group exhibitions internationally including Italy, France, Israel, Spain and China. He is the recipient of the grand prize at the Kim Sejoonj Young Sculptor Awards and the third prize at the 2007 Micro-Narratives, October Salon, in Belgrade, Serbia. Chun’s works can be found in the collections of Musée d’art Contemporain de Montréal, Canada, and Gyeonggido Museum of Art, Ansan, South Korea.

Chun lectures in Kyunghee University’s College of Fine Arts and Chugye University for the Arts. TouchArt published his book, Swallowing the Shadow, in 2008. Dean Moss is a director, choreographer and media artist. Through his company Gametophyte Inc. he creates video works and multidisciplinary collaborations that have been exhibited and performed internationally. These works have received various grants, fellowships, and awards, including: The New York Dance and Performance “Bessie” Award, The Foundation for Contemporary Arts Artist Grant, New York Foundation for the Arts Artist Fellowships in both Choreography and Multidisciplinary Works, and residencies at the Maggie Allesee National Center for Choreography.

Moss was the Curator of Dance and Performance at The Kitchen from 1999-2004 and served as a Curatorial Advisor until 2009. He taught for a year as a Guest Professor at the Tokyo National University of Fine Arts and Music (2003-04) and two years (2007-09) as a Visiting Lecturer in the Department of Visual and Environmental Studies at Harvard University. He is currently teaching a course in Transcultural Performance Collaboration in the department of Theater Studies at Yale. For more information and images, go to http://www.gametophyte.org/.

MAPP International Productions is a nonprofit-producing organization dedicated to developing functional and sustainable environments for artists to create, premiere, and tour ambitious and compelling performing arts projects. MAPP nurtures artists through all stages of their creative process, places their performances on stages worldwide, and devises innovative ways to share artists’ work with diverse communities. MAPP embraces a global network of multidirectional cultural exchange as it works with artists and arts organizers who reside in many parts of the world. Since 1994, MAPP has produced 30 multidisciplinary performance works, created and performed by nearly 300 artists; produced more than 60 multi-city tours, partnering with hundreds of venues, art centers and educational institutions; introduced U.S. audiences to artists from 23 countries in Asia, Africa, Europe, and the Caribbean; and raised more than $5 million for the creation and touring of new work. MAPP is a co-founder and general manager of The Africa Contemporary Arts Consortium and The America Project. www.mappinternational.org.

In Performance: How to Build a Forest (NYC) FREE!