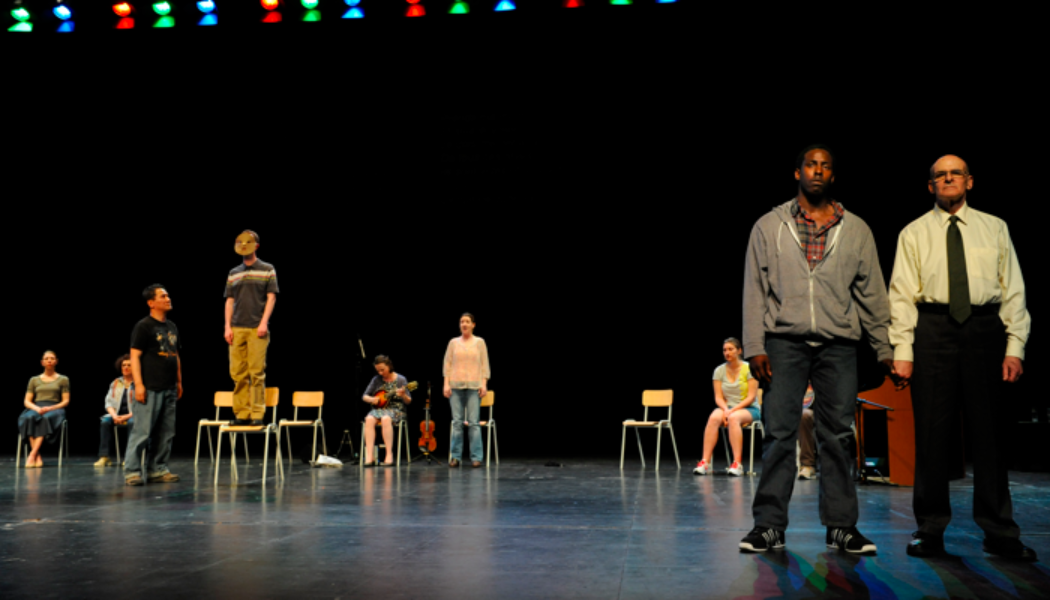 Neutral Hero is a new work by Richard Maxwell. In a small town in the middle of the United States, life is constricted by the ancient founding myths of humanity, ever repeated. On an empty stage as vast as the big sky of the Midwest, apparently ordinary people play out episodes of their daily lives. They do not speak, but they sing with the disarming sincerity of the guileless. Then something mysterious slowly unfolds, for under the surface of daily life lies the violence of American history and the still festering wounds of the great heroes of antiquity – Gilgamesh, Ulysses, Aeneas – whose terrible struggles we unconsciously repeat. Maxwell’s heroes are anonymous individuals and their adventures seem to take place within the most banal of existences. In a tone of alienating neutrality and lulled by country and blues melodies, a disturbing epic unfolds inNeutral Hero (from FTA and Kunsten Festival Des Arts Descriptions)