By Caden Manson (Editor In Chief)on May 25, 2011
Comments Closed 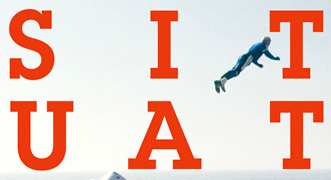 Situation—a unique set of conditions produced in both space and time and ranging across material, social, political, and economic relations—has become a key concept in twenty-first-century art. Rooted in artistic practices of the 1960s and 1970s, the idea of situation has evolved and transcended these in the current context of globalization. This anthology offers key writings on areas of art practice and theory related to situation, including notions of the site specific, the artist as ethnographer or fieldworker, the relation between action and public space, the meaning of place and locality, and the crucial role of the curator in recent situation specific art.

In North America and Europe, the site-specific is often viewed in terms of resistance to art’s commoditization, while elsewhere situation-specific practices have defied institutions of authority. The contributors discuss these recent tendencies in the context of proliferating international biennial exhibitions, curatorial place-bound projects, and strategies by which artists increasingly unsettle the definition and legitimation of situation-based art.

Claire Doherty is Senior Research Fellow in Fine Art at the University of West England, Bristol, where she established Situations (www.situations.org.uk), a research and international commissioning program. She is Visiting Lecturer in Curating at the Royal College of Art, London, and Curatorial Director of the One Day Sculpture series, New Zealand. She is the editor of Contemporary Art: From Studio to Situation. (from MIT Press Website)