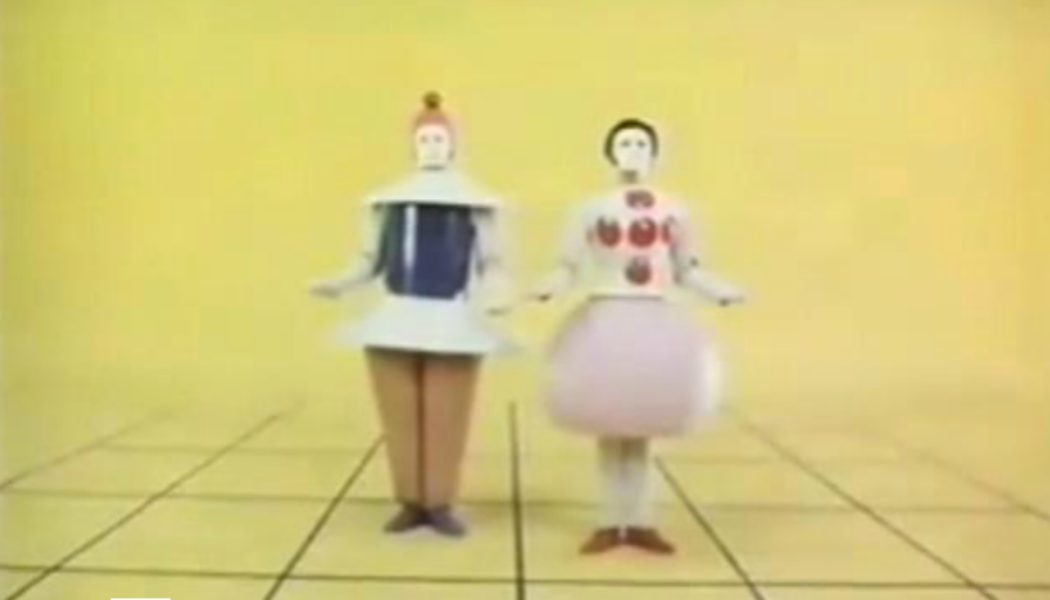 Inspired in part by Schoenberg’s Pierrot Lunaire and his observations and experiences during the First World War, Oskar Schlemmer began to conceive of the human body as a new artistic medium. He saw ballet and pantomime as free from the historical baggage of theatre and opera and thus able to present his ideas of choreographed geometry, man as dancer, transformed by costume, moving in space.

Oskar Schlemmer born September 4th, 1888 in Stuttgart, Gernany. He was a painter, sculptor, designer and choreographer.
He was also a professor at the BAUHAUS School.

This video dance piece of the “Tridiac Ballet” is reconstruction by Margarete Hastings in 1970. This was possible with of support of Ludwig Grote and Xanti Schawinsky (Schelemer students from Bauhaus School) and also with Tut Schlemmer, the widow of Schlemmer.

+ Triadisches Ballett (Triadic Ballet) is a ballet developed by Oskar Schlemmer. It premiered in Stuttgart, on 30 September 1922, with music composed by Paul Hindemith, after formative performances dating back to 1916, with the performers Elsa Hotzel and Albert Berger. The ballet became the most widely performed avant-garde artistic dance and while Schlemmer was at the Bauhaus from 1921 to 1929, the ballet toured, helping to spread the ethos of the Bauhaus.