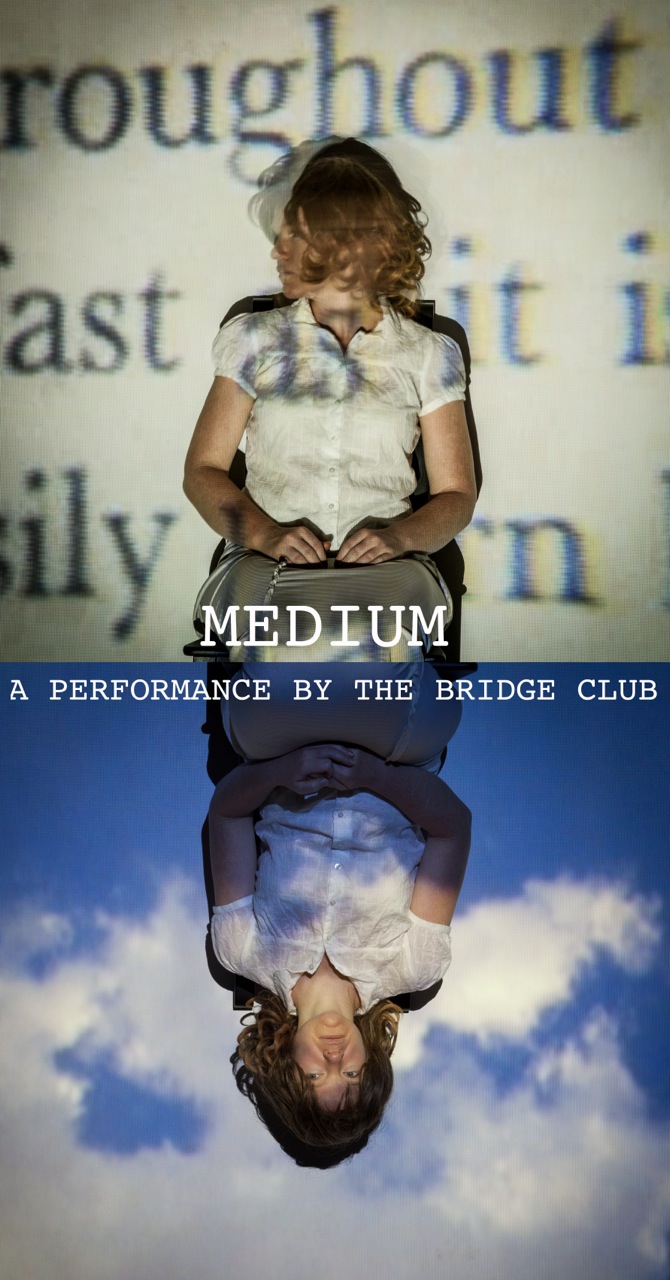 "Medium" by The Bridge Club. (image from Art Palace)

All four performers were wearing skirts and shirts appearing to be in a style from around the 1950’s which also included similar hair styles. While suspended well above the audience in their unique, matching attire, they appeared otherworldly and in fact did not acknowledge the audience. During this time, one of them held a mirror, various sounds were heard, and a projection including flying birds also appeared in the world of the sitters.