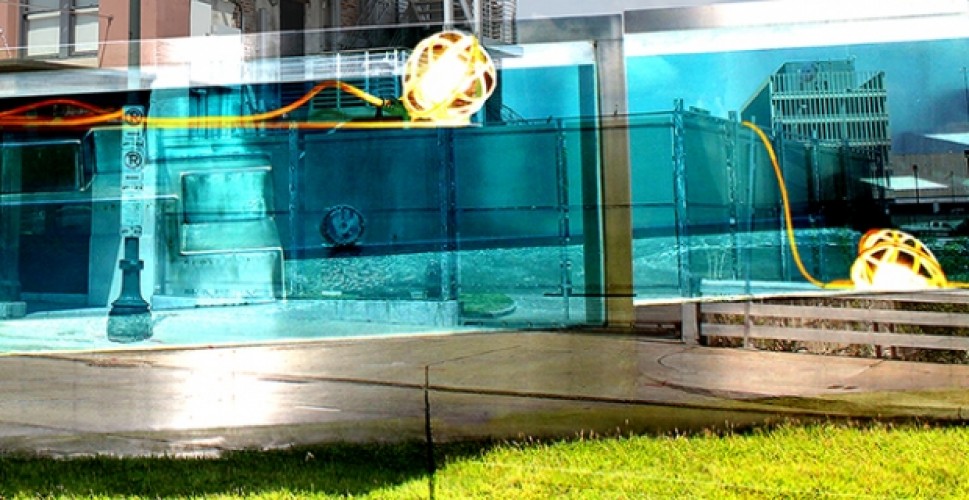 Igvonne is a site-specific work of architecture and performance which is on view in a window at 110 Milam Street, as a part of Blaffer Art Museum’s Window into Houston project. Linda Post and Robert Appleton have created a scene of Houston as a stand-in for Berlin in the 1970’s.

According to Blaffer’s press: “During these years (1976-77) American musician Iggy Pop and American artist and filmmaker Yvonne Rainer happened to be living in Berlin at the same pivotal time, when Pop was making albums with David Bowie and Rainer was on an academic exchange grant.” Similarly, the Post and Appleton collaborate with another space and time through video, sound and performance. A live performance of dancers interacting near the site took place the night of the opening and remains on view in the street facing window.

Igvonne is on view around the clock at 110 Milam, Houston, Texas through October 31, 2012. For more information, please visit: www.blafferartmuseum.org