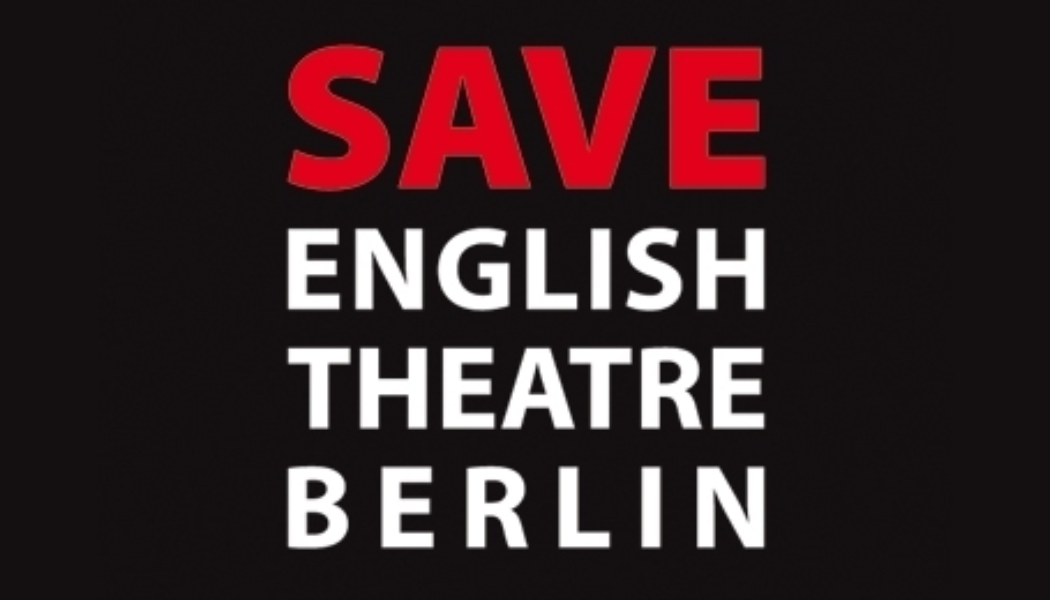 A bomb goes off, a telephone rings in the darkness, the lights flicker, and a thin tract of stage slowly reveals the actors standing dreamily at a hotel’s front desk. But this is no ordinary stage, and it is no ordinary theatre. The world of Hotel Methuselah is a reflection, a refraction, and a hinting at a world that lives somewhere between theatre and film. The stage is a narrow 6-meter long slit — a seriously wide widescreen — allowing us glimpses of actors below the neck and above the knee. Around them, a lush and well-crafted film offers us our only look at their faces, or hands, or whatever else the directors want us to see, while hinting back to lush noir films, French New Wave, and even some old Stan Brakhage. It is not always successful at merging the worlds of Theatre and Film, but nevertheless, it is a rich production, and a coup for the English Theatre of Berlin to bring to town.

For you see, the English Theatre of Berlin is having an existential crisis. After nearly 23 years of operation, the theatre faces devastating cuts to its funding scheme from Berlin’s Senate, and with it, the loss of the theatre itself. But not all is lost in the land of ETB. While the cuts may be devastating, the theatre is doing some grand self-reflection, asking itself what it wants to be, where it wants to stand amongst the theatres of Berlin, and what it can do to once again engage with the dialogue of a vibrant and internationally charged Berlin, while seeking out new funding and new audience.

Enter Daniel Brunet, the new Producing Artistic Director of the theatre. Mr. Brunet is working alongside Artistic Director Günther Grosser and Managing Director Bernd Hoffmeister in helping to transform English Theatre back into the centerpiece of English language drama in Berlin. Together, they brought Imitating the Dog & Pete Brooks, the UK based performance troupe, to English Theatre with their somewhat dusty touring production of Hotel Methuselah in order to shake things up a bit at the theatre. The show has been in rep since 1999 and tours the world with its sexy, lushly designed video-theatre experience. In bringing the show to English Theatre for a 4-day showing from 4-8 December, represents a shift in atitude and direction for the theatre.

English Theatre has been known in Berlin for years as a place to go and see solid adaptations of English language classics such as Tennessee Williams or Sam Shepard, and sometimes more adventurous new works based on scientific subjects. For many theatergoers in Berlin, however, it has unfortunately not been on their list of theatres they think about when choosing where to go to see provocative and new work.

Mr. Brunet is trying to change all of that.

“We’re incredibly excited to bring Hotel Methuselah to English Theatre because it really should have been at the HAU or Sophiensaele.” Mr. Brunet said to me one evening. “To bring it to English Theatre is our first step at really changing the identity of what English Theatre has been — from a solid English based performance house, into an international center where performers and creators can come and experience the unbridled creativity of Berlin’s International Art scene.”

The charge is being well met. In February, Mr. Brunet and Mr. Grosser will transform the entire facility into a playground for International artists to come together, meet, share work, and revel in the vibrancy of Berlin’s scene. It will include two weeks of performances, lectures, workshops, and an “Expat Expo” that will mimic the popular Flomarkts of Berlin, giving artists a chance to literally sell their wares and engage with one another.

“We want artists to think of English Theatre as a home where they can come and create, share, and discuss work just as they do at other major institutions in Berlin,” Mr. Brunet said.

On the night I was at the theatre, there were audience members speaking French, Spanish, Italian, German, and of course, English. This highly educated, International audience was more than comfortable following the complexities of Hotel Methuselah, which is a coup given the shows multilayered approach to film and theatre making. While enjoying a few drinks after the show, it was clear that the conversations around the theatre reverberated this International energy, and in a way, the larger canvas of Berlin itself.

With such a multitude of theatres around, creating a new scene for the Expat and English speaking community is exactly what this town needs, and by engaging audiences with challenging works such as Hotel Methuselah, English Theatre is on its way to standing next to the HAU, Sophiensaele, Radialsystem etc. as the place to go for new, and exciting new International theatre.

If you’d like to sign the petition to help SAVE THE ENGLISH THEATRE OF BERLIN, please visit www.etberlin.de

Jake Witlen (Berlin, Germany)
Jake Witlen is a multimedia artist who splits his time between Brooklyn and Berlin. As a founding member of The Internationalists, he has produced and directed work around the world, including live interactive multimedia pieces that happen simultaneously in locations around the globe.