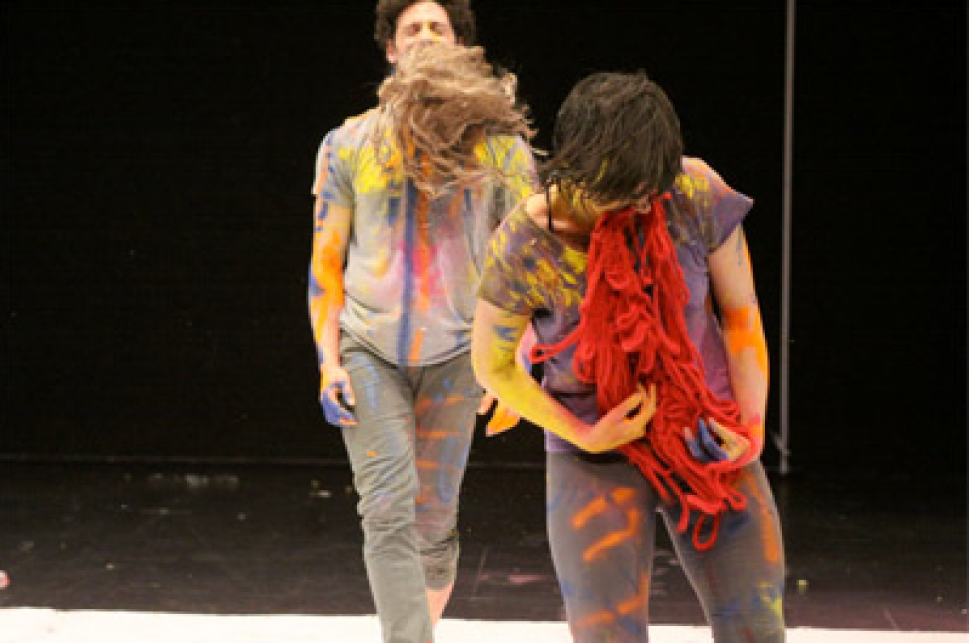 Over the past three years American Realness has established itself as “a stronghold of forward-thinking, category-defying performance”. (The New York Times). tbspMGMT is thrilled to announce that the 2013 edition of this “spunky, smart” program will return to the Abrons Arts Center for its fourth consecutive year January 10-20, 2013 (The New York Times).

AR 2013 takes a closer look at the immediate relationship between music and dance with a series of collaborative presentations from choreographers and musicians/composers. Performances will include AR Favorite Miguel Gutierrez with the ecstatic sounds of Mind Over Mirrors aka Jaime Fennelly and a collaboration between musicians Chris Cochrane and Jassem Hindi with dancer/choreographers Jen Rosenblit and Enrico D. Wey made specially for the festival.

Twenty Looks or Paris is Burning at The Judson Church comes in fives sizes:Extra Small (XS) to Extra Large (XL). Following the sublime (S), the rare beauty of (XS), and the spectacular (M)imosa, Antigone Sr./(L) presents an all-male contemporary dance version of Sophocles’s Greek tragic drama, Antigone. All five sizes share the proposition: What would have happened in 1963 if someone from the Voguing ball scene in Harlem had come downtown to perform alongside the early postmodernists at Judson Church? Rather than illustrating a historical fiction, these new works transplant this proposition into a contemporary context. What we experience was neither possible at The Balls nor at Judson, but, here and now, a third possibility is created.

An Attempt to Fail at Groundbreaking Theater finds its main protagonists from pop culture and the dance world and places them in the underground New York performance art scene of the 80s. Performer Tony Rizzi takes on the triple roles of German dance icon Pina Bausch, performance art legend Penny Arcade and queer filmmaker Jack Smith, to take the audience on a roller coaster ride of catholic nuns, wisdom through dance, pornographic sex and our success-obsessed world. The work teeters on the brink of complete failure but with the help of the public, lights will work, costumes will be changed, texts understood and dance seen. Jack Smith said it best, “You have to be willing to be bad for 20 years in order to be great and even then, there is no guarantee.”

Faye Driscoll’s You’re Me considers how we are constantly made-up and un-done by each other. In this evening-length duet Driscoll probes and obfuscates the inescapable nature of relationship as the contemporary, archetypal, fantastical and personal crash into each other, bending and warping in one shrug, quarrel, or reframing of a scene. Imbued with the adrenaline of potentially dire consequences, You’re Me is a moving portrait of the impossible struggle to unhinge the palindromic loop of self and other. With the constraint of just two performers on stage the whole time, Driscoll and performer Aaron Mattocks fight a sweaty, evocative, disturbing and deeply funny battle with the dualism they face; male/female, director/performer and performer/audience. They ask: What do you see when you see us on stage? How does our very desire to be more than we are transform us? How do our fantasies of ourselves and of each other create new possibilities for being, and yet give birth to friction, failure, and loss? You’re Me is a kind of tango with chaos and recurrence in which the performers attempt to simultaneously control and destroy the frame through which they are seen – all the while asking, “Am I getting it right?”