In Performance: Annie Dorsen – A Piece Of Work (Vienna, Austria) 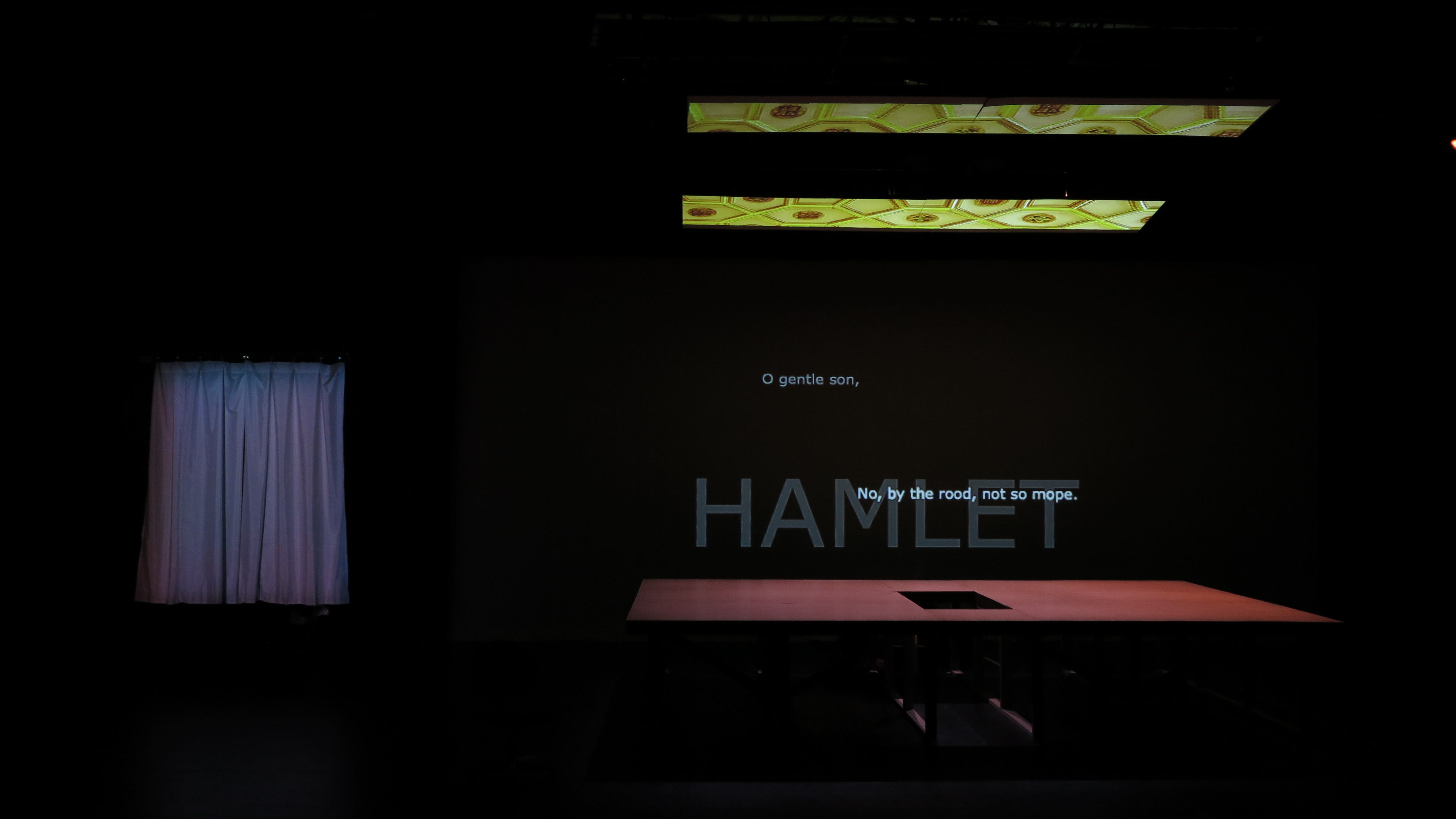 In this Hamlet of the post-humanist age, the connection between human and machine is reversed and a mix of data, language, algorithms, and interfaces will fascinate viewers. Scott Shepherd, member of the influential theatre collective The Wooster Group and the group Elevator Repair Service, performs between computers, automated lighting equipment, sound and video equipment, and works from a newly generated version of A Piece of Work live every evening. Not least, the theatre’s past and future itself are at stake.
After their piece Hello Hi There about the dialogue between two computers, Annie Dorsen again examines in A Piece of Work the issue of theatre in the digital age.

The question of ‘to be, or not to be’ is negotiated between algorithm and affect, between the cold logic of the computer-driven act of speaking and Scott Shepherd’s unique stage presence.

A co-production of brut Wien, Armature Projects New York, BIT Teatergarasjen Bergen, Black Box Teater Oslo, Brooklyn Academy of Music New York, On the Boards Seattle, Théâtre la Villette Paris, VierHochDrei Wien. With the kind support of the City of Vienna’s Department of Cultural Affairs and the Culture Programme of the European Union as part of the project House on Fire. A Piece of Work was partly developed at Live Arts Bard, an education and residency programme of the Richard B. Fischer Center for Performing Arts at Bard College New York.

In Performance: Faye Driscoll – Thank You For Coming: Play (Out There Festival)