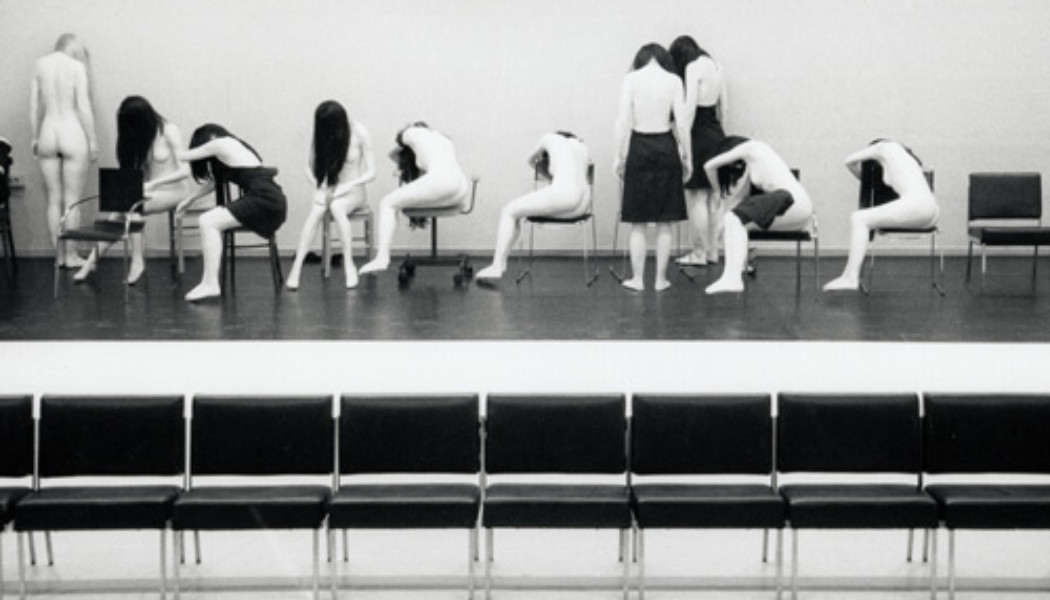 Gisele Vienne is a puppeteer by training. She trained at the national academy of puppetry arts in Charleville-Mezieres between 1996 and 1999. She founded D.A.C.M. with Etienne Bideau-Rey, whom she met at school. Gisèle Vienne questions the body and creates hybrid forms that use installtion, visual arts, music, life size dolls, puppets, dance and theatre. Her creations repeatedly organize around the concepts of fantasy in opposition to reality. With Etienne Bideau-Rey, they created >Splendid< by Jean Genet (2000), >ShowRoomDummies< (2001), >stereotypy< (2003), and >Veinzen Tranen< (2004). She created >I apologize< at Subsistances Lyon in 2004. The performance consists of different versions of a story told and articulated by a man with his wife and twenty articulated models. >A Beautiful Blonde Child< was conceived for the Festival d’Avignon 2005. The strange >Kindertotenlieder< was created with the American writer Dennis Cooper in 2007. This creation is based around the feast of Saint Nicolas, an Austria ceremony that centers on a street parade of figures representing evil and the afterlife. In 2008, she collaborated again with dennis Cooper on >Jerk<, A dark and comical reenactment of the crimes committed by the American serial killer Dean Corll, with the help of two Texas teens in 1970 . In 2009, she presented >Eternal Idol< in a skating rink.