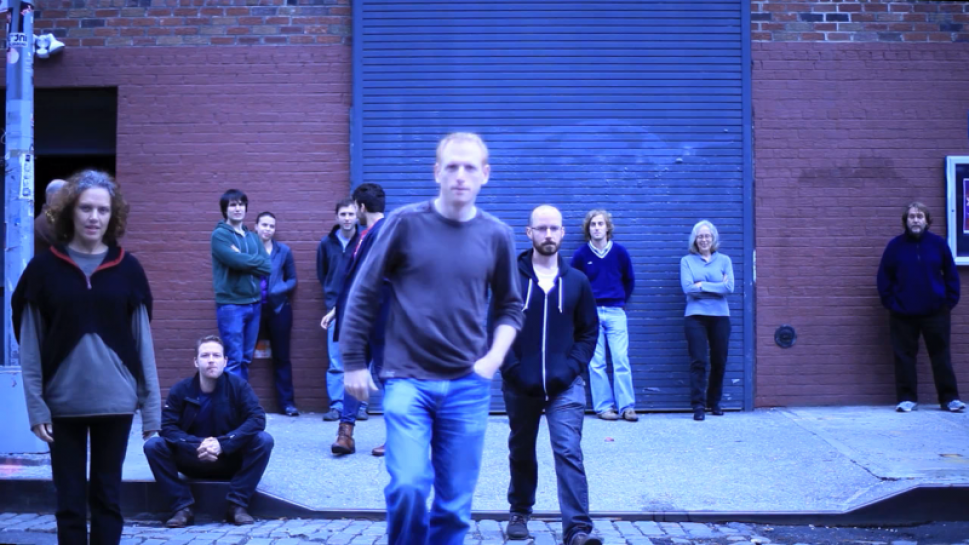 Check out The Wooster Group’s video blog with off the cuff clips, rehearsal snippets, back stage workings, archival footage, random ephemera, actor interviews and inside jokes. If you are a fan of the group, we highly recommend a weekly visit. Its been up for a few years so there is plenty to see.

About The Wooster Group:

The Wooster Group is an ensemble of experimental theater artists now in its 35th year. Founded in the mid-seventies, the Group was part of the radical post-modern experiments of the time, situated among the worlds of dance, visual, media, and theatrical arts. In the Group’s pioneering productions, texts and technology are interwoven to tell stories in new ways. Director Elizabeth LeCompte in collaboration with the company’s performers and technical artists has made more than 30 works for theater, film, and video, including RUMSTICK ROAD (1977), L.S.D. (…JUST THE HIGH POINTS…) (1984), BRACE UP! (1991), HOUSE/LIGHTS (1999), TO YOU, THE BIRDIE! (Phèdre) (2002), WHO’S YOUR DADA?! (2006), HAMLET (2007), THERE IS STILL TIME..BROTHER (2007), and the opera LA DIDONE (2008). The Group has toured in the U.S. and to Europe, Russia, Canada, South America, the Middle East, Asia, and Australia. The Performing Garage at 33 Wooster Street in New York City is the company’s permanent home. It owns and operates the Garage as a shareholder in the Grand Street Artists Co-op, established as part of the Fluxus art movement in the 1960s. The Group also performs in New York at St. Ann’s Warehouse in DUMBO, Brooklyn and as the resident theater company at the Baryshnikov Arts Center in Manhattan