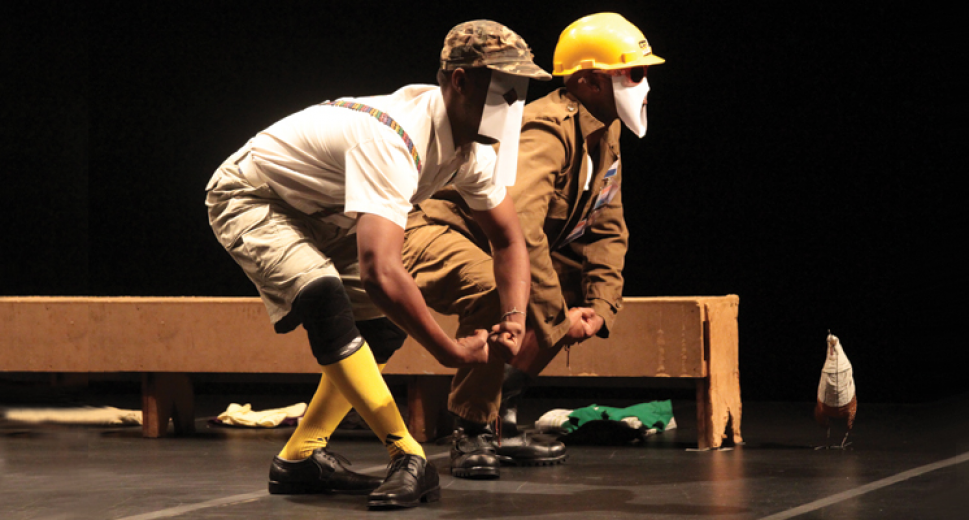 Crossing the Line is the French Institute Alliance Française (FIAF)’s annual fall festival presenting interdisciplinary works and performances in New York. The festival explores the dialogue between artist and public, and examines how artists help re-imagine the world as critical thinkers and catalysts for social evolution.

This year, over twenty-five days (September 19–October 13), the festival’s seventh edition, offers New Yorkers a chance to engage with the work and imagination of seventeen extraordinary international artists, several presenting their work and ideas in New York for the first time. (source – CTL Website)

Fri &Sat, Sept 20 & 21 at 8pm
FIAF, Florence Gould Hall
Both episodes will be presented on both dates.

Nature Theater of Oklahoma begins the next installments of their award-winning Life and Times series, a sixteen-hour, multi-art serial created from a single phone conversation with a 34-year-old woman who tells her whole life story up to the present day.

Episodes 4.5 & 5 move away from live performance into other artistic genres. Episode 4.5, a 30-minute animated film, begins where we left off with the end of high school and the search for love—starting with the older boys in science class and ending in the comfort of the family cat.

The saga continues in Episode 5 with the first sexual experience told through a medieval illuminated manuscript with sexually-explicit, hand-drawn illustrations, given to each audience member along with a flashlight. Audience members will read the manuscript to the accompanimentof a specially composed organ score.

Please note: Due to sexually explicit content, admission is limited to adults 18 and over.

Conceived by award-winning director Annie Dorsen, Spokaoke is a participatory theatrical event that invites spectators to reenact famous speeches, as they would ordinarily perform pop songs in a karaoke bar. Using dozens of texts, from Socrates’s Apology to Sarah Palin’s resignation announcement, Spokaoke allows the participant to play with our shared legacy of spoken artifacts, treating extracts of public address like a Top 40 radio of collective discourse.

Join us for the opening on Saturday, September 21, MC’d by Lorin Stein, Editor of The Paris Review. The public is invited to deliver their speech in the main bar.

Rent the catalogue of speeches any time to perform in private rooms through Sunday, October 13.

Speeches in English
Must be 21+ to enter

Two leading voices in contemporary dance in Africa, South African Boyzie Cekwana and Mozambican Panaibra Canda, collaborate to create a haunting and powerfully physical examination of post-colonial Africa. In 1984, Mozambique and the South African apartheid state signed the Nkomati accord, a non-aggression pact.

The Inkomati (dis)cord refers to this failed agreement, and the river that lent its name to it. Using their own bodies, identities, and histories, the dancers explore the internalized colonial boundaries that still alienate shared histories and aspirations.