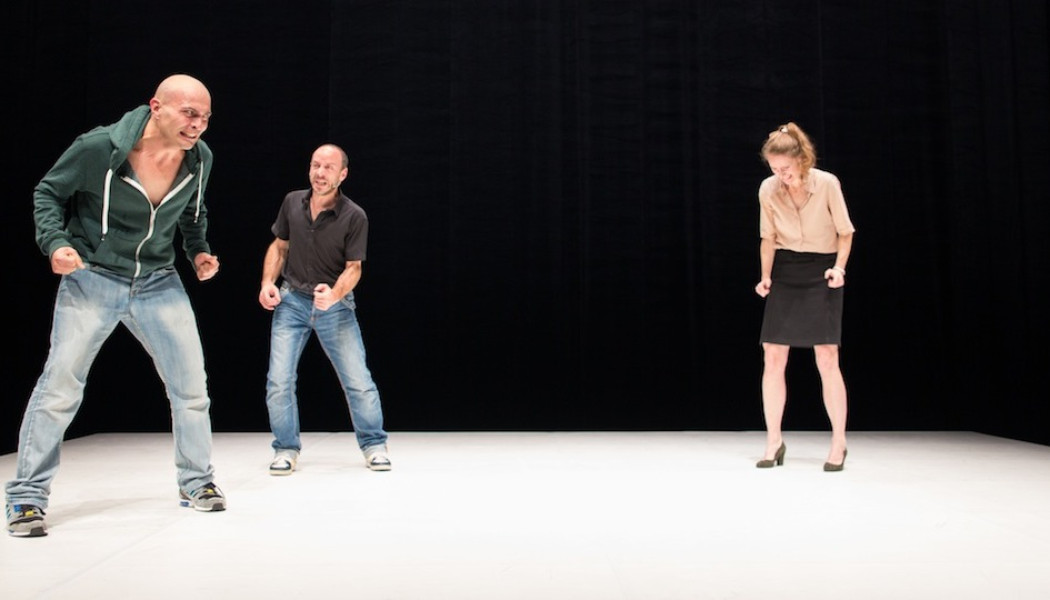 Fest unfolds with the smooth logic of a nightmare. Mr. Dimchev is being courted to perform at a festival in Copenhagen. In a trio of encounters with the curator, the technical director, and a critic, the mechanics of power are articulated through disturbingly hilarious scenes of sex and violence. The central metaphors are simple (and apt) enough; it is the hypnotic commitment of Mr. Dimchev and his co-performers that makes Fest simultaneously hysterical and sinister. Dimchev in particular inhabits the stage with a ferocious sophistication; his performance alone is worth the ticket price.Ivo Dimchev’s savagely entertaining Fest at American Realness.
By Ben Gansky