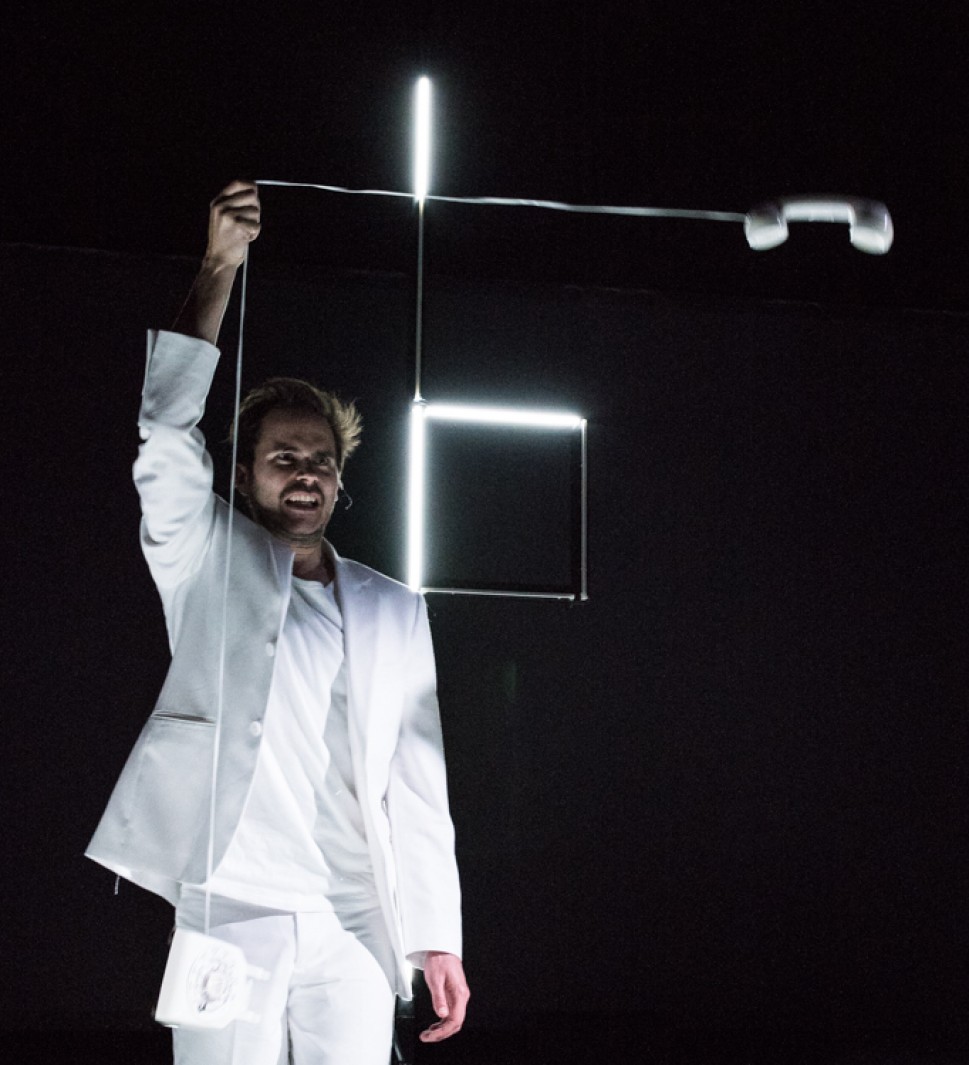 Lars Jan is a director, designer, writer and media artist, and founding artistic director of Early Morning Opera, the multidisciplinary performance + art lab behind HOLOSCENES, previous works including ABACUS and A SUICIDE BOMBING BY INVITATION ONLY, and the upcoming THE INSTITUTE OF MEMORY (Under the Radar 2016) . His work has received major support from the Experimental Media and Performing Arts Center (EMPAC; Troy, NY), and has been presented by The Whitney Museum, BAM Next Wave Festival, and Sundance Film Festival among others.

Where did you grow up?

I grew up outside Boston in a little town called Marshfield. It’s sort of idyllic in the sense that there are lots of marshes and fields. It’s a place that is progressively blue collar. Sort of diverse and inclusive. A little left leaning but not totally crazy. It got a lot more diverse over the course of my childhood.

I really related to your background. Like you, I was raised by a single parent. I am also a product of a bi-cultural relationship. I’m sure there are a lot of interesting recollections you have from your childhood. How has your bi-racial/bi-cultural background had an effect on your work?

I’ve been reflecting on that question much more recently since I’ve had a kid. She’s 3 now. My kid has made me think about my parents and my upbringing in a totally different way than I had ever done before. It’s a lot easier to have a perspective on what it’s like to look at America from outside of it’s borders. That perspective has made me more interested in international artists and training. It’s one of the reasons why I traveled. In college, I started traveling as much as I possibly could when airfares were really cheap. I didn’t travel to [places like] Spain and France. I traveled to Cambodia and Myanmar and Cuba… Central Asia, Siberia. I went to all these places that were cheap to be in but kind of crazy to get to. So once you got there you could stay a long time on very little money. If my mother wasn’t Afgan I don’t think I would have been taking trips to Tajikistan or Kyrgyzstan casually. Those experiences visually, culturally, socially… what I saw architecturally, the visual art that I’ve seen in those contexts were really inspiring to my practice. Very much outside of the cannon I had been educated in. The other thing. It’s really bizarre. My dad is Polish. I just happen to think that Polish theatre, in terms of par, has the best par in the world. I just think the average work is incredibly strong. I love the polish theatre tradition. So I think by just being Polish I’ve identified with Polish performance. I think polish theatre has been, since I was in college, something I keep on returning to. I never did theatre as a kid or teen and I came to performance when I was 20 probably.

Yeah, I didn’t think I was an artist until midway through undergrad. Literally, the first theatre I ever did was in the middle of undergrad. I took a directing class with what I now know to be an experimental theatre director, so I never did any traditional theatre. I never was involved in Tenessee Williams, or Chekhov, or Euripides. I never was the tomato in the school play. I never did “Guys and Dolls”. I knew some of that stuff but I was never involved in that culture.

Is that why you pursued CalArts for your MFA? Can you tell me about the decision to go study Theatre?

I studied Directing and participated in a program called Integrated media. Which is pretty unique to CalArts. It’s basically a conceptual clubhouse in which a few student from every discipline collaborate on hybrid works and critique each other’s work. The students tend to have a slightly specialized interest in technology in particular. So I loved CalArts not only because of the theatre program’s structure and the fact that it is influenced by various experimental traditions, notably Poland’s, but also because there is a lot of cross pollination between various disciplines and the students CalArts serves.

How did you find your collaborators and how have they changed you?

Collaboration is extremely essential to what I do. I realized very early on while working with a non-profit theatre company that I didn’t want to start non-profit myself. I realized I didn’t want a rigid company structure so that everyone in the company had the same roles each time we made work. I wanted something more flexible. Early Morning Opera is not really an official organization. It’s a network of affiliated artists that’s always expanding. So every project we do, some members of that network participate and we always fold in new collaborators. Often folks that are not working in the “art world” at all but who are creative agents in whatever their world happens to be. I’ve picked up collaborators from years in Philly working in Physical theatre, the dance world there, as well as my time at CalArts. People come in out of that network. That’s exciting. Old friends and new friends.

How have they changed me? To be perfectly blunt about this, I’ve always tried to collaborate with people who I thought were much better than me at anything. I worked with a lot of artists early on who were a little bit older than me and who I think were much farther along because I wanted to be around people who were inspiring.

The part I want total control over is the ecology of the team that’s assembled. I want everyone that’s participating to take the work, my idea, and launch into a place which I could have never imagined.

Did you struggle with collaboration early on in your process?

Yeah, at CalArts collaboration really changed for me. I basically stopped thinking about things in terms of collective creation or consensus. I stopped wanting to make that work. I became much more interested in having a fairly clear idea of a guiding force from my perspective. I knew how to trust that more. In trusting instinct more, interesting things happened. That’s how my brain works. That’s how my guts work. That’s a process I had to realize that’s stronger for me, but I love collective creation. I love devising. I love observing the work that comes out of that other mode of practice.
Early Morning Opera has been around since 2004. Under the Radar is known as a launching pad. Do you consider yourself launched? Why is this moment right for Early Morning Opera?

The first Early Morning Opera show was back in 2004 in a gallery basement in Philly it feels like the real body of work that represents Early Morning Opera — involving most principal collaborators and operating at a much expanded scale — is stuff we’ve made in the last five years. I don’t think progression is that clear in terms being an emerging artist or a mid career artist or being launched or mid launch. For the very first time this year, I did a show in Miami. For the very first time this year, I did a show in Portland. I’ve never done show in Boston, which is my hometown. I’ve never done a show in Chicago. I’ve done 3 or 4 things at the Whitney but those were one time performances. So from my perspective it doesn’t feel like I’ve actually had a chance to show my work to large audiences anywhere other than LA, and definitely not all around the country. Under the Radar is not not only a national launching pad, but also an international one. I have not toured my company’s work internationally very much at all. We’re starting to this year. Under the Radar is also an opportunity to show the work to lots of different people internationally. It’s a moment of extreme critical mass in that way.

It’s a fact of life. I very consciously try to make projects that are very different from one another. Because they are about different things in the world, I try to allow them to have very different kinds of forms and those involve lots of collaborators. In having varying processes, I often do things inefficiently. I try things that don’t work out. In terms of the long game, those are just experiments that didn’t lead to a desired result. It’s just exploration. Sometimes you go to a town, you’re traveling through, and it’s not that cool. But you have to travel through towns that aren’t that cool in order to get turned on by the towns that are.

Two men play with the past in the glow of a kinetic light sculpture signaling keystrokes from a hacked 50s typewriter. Featuring archival wire-tap transcriptions, the missives of communist spies, and MRI brain scans, The Institute of Memory (TIMe) conjures a portrait of director Lars Jan’s enigmatic father — a Cold War operative whose fascinating story prompts questions about privacy, memory, and fatherhood.