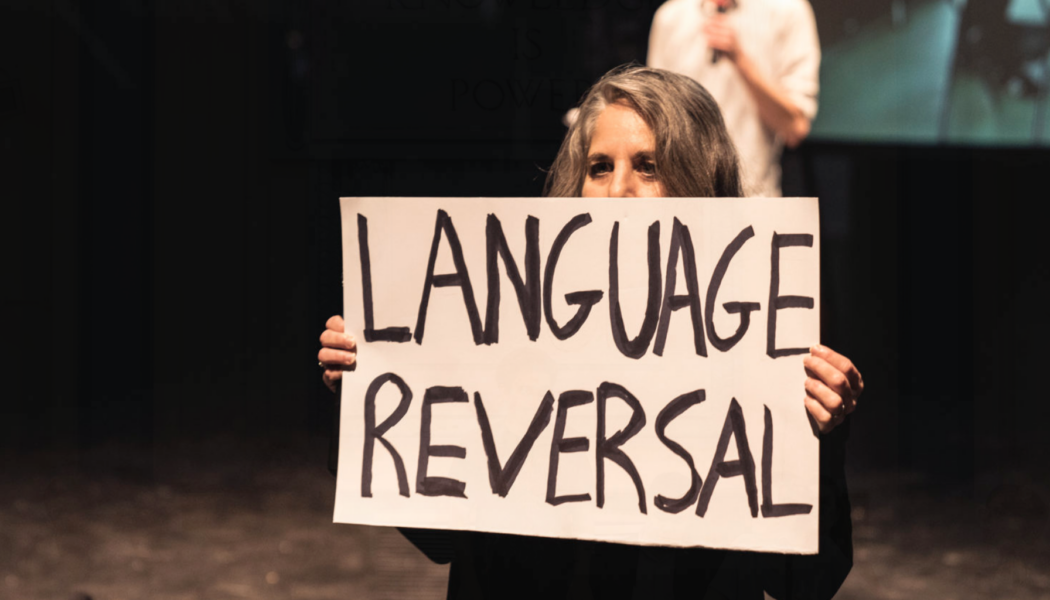 Aaron Landsman makes live performances involving people, space, time and language. Based in New York City, his projects range from monologues and stage plays to participatory and conceptual works presented in places where people perform their lives: offices, homes, meeting rooms and buses. Recent works include: Empathy School, a performance created with filmmaker and composer Brent Green, commissioned by EMPAC and presented on a night bus ride through a country road; Appointment, a suite of works for a single viewer and a single performer in offices; City Council Meeting, a participatory, community-engaged work presented in five US cities, funded by NEFA’s National Theater Pilot, NPN, MAP and Jerome; and Running Away From The One With The Knife, a new play about suicide and religious faith commissioned by NYSCA and presented at The Chocolate Factory. His earlier work was commissioned and produced by The Foundry Theater and PS 122 in New York, and DiverseWorks and Project Row Houses in Houston. Aaron’s regular collaborators include director Mallory Catlett and designer Jim Findlay. Aaron recently finished a 2014-2016 Princeton Arts Fellowship, a three-year residency at ASU Gammage in Tempe, and a residency at Abrons Arts Center. Upcoming work includes Perfect City, a collaboration with Lower East Side young adults commissioned by Crossing The Line, and the multimedia workSQUARES, with photographer Paul Shambroom. He performed from 2004-2015 with Elevator Repair Service and has appeared in the work of many artists, including Richard Maxwell, Tory Vazquez, Andrea Kleine and Julia Jarcho.

(Source: About Aaron Landsman, Lewis Center for the Arts)