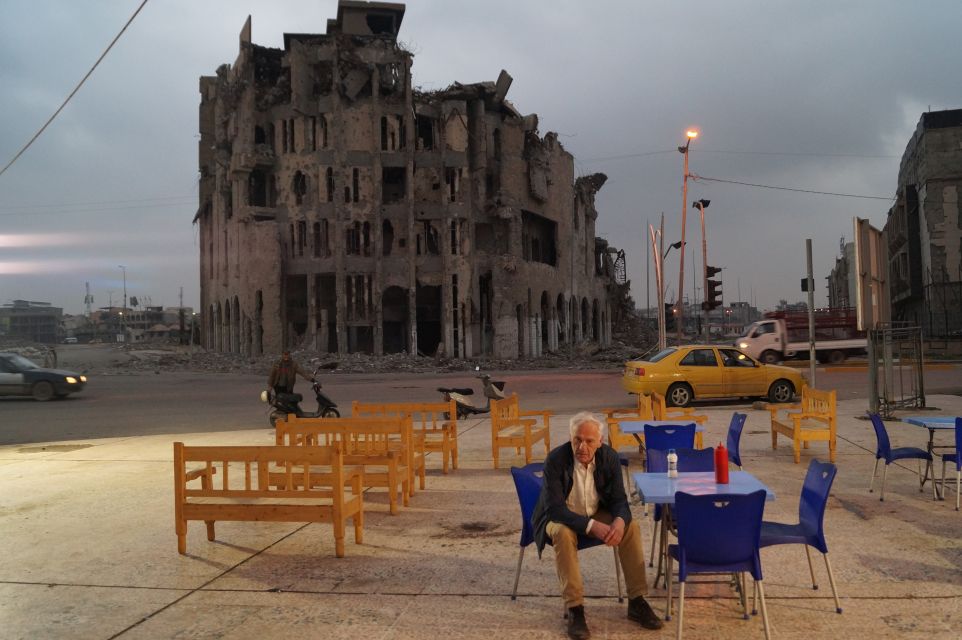 The first statement in the ghent manifesto reads “It’s not just about portraying the world anymore. It’s about changing it. The aim is not to depict the real, but to make the representation itself real.”

Some performances are necessary and impossible.

Violence is cyclical. According to the New York Times, we have been at war for 92% of the last 3,400 years. And yet, how can the experience of living in Iraq, in the midst of ongoing violence be translated to a European audience? How can we possibly understand the trauma of having an intimate knowledge of execution techniques, of a 19-year-old girl whose best friend was kidnapped and forced to marry an ISIS fighter?

Milo Rau’s The Oresia in Mossul included performers from Iraq and artists from Europe. When the performance is translated to a European audience the artists from Iraq are present only in film. Thus their story is mediated, coming to us through videos- through screens. All rehearsals and other activities were filmed. The ensemble is reaching for the impossible. How can they share the experience of being and making in Mosul? The European ensemble members (two of whom are Iraqui in origin) talk to the filmed version of their collaborators. They watch and reach through the screen to form and reform and reform a connection. They reach through screens to understand, to remember, to stay present with their friends and collaborators.

The performance is a composite of process, reflection, and text adapted to speak about the cyclical violence in Iraq. On stage, the performers discuss at length the conflicts inherent in the process, the challenge of chronic pain, the fear they felt, how they came to the audition process, the role of theater in transforming their lives. The composite creates a deeply personal look at how meaningful making can be and the deeply complicated process of collaborating across cultures.

Lyam B. Gabel
Lyam B. Gabel (they/he) is a trans* performance-maker, scholar, and community archivist who creates containers for collective remembering and radical celebration. They are a founder of trans-media oral history and performance collective LAST CALL, and a director of the NEFA NTP ‘18/ MAP ‘16 performance Alleged Lesbian Activities about the history of lesbian bars. Their current work the dance floor, the hospital room, and the kitchen table exploring queer care from the early years of the HIV/AIDS crisis through COVID-19 received a NPN Creation Fund commission with the New Orleans Contemporary Arts Center and Chatham University. Other current work includes an AR journey through trans* euphoria and queer ecology and a short film about lip-sync as time travel. He regularly collaborates on and midwifes work by playwrights and solo performers and has developed work at Judson Church, Pipeline, Ashland New Plays Festival, The Theater Offensive, and The New Orleans CAC among others. Lyam is currently an Assistant Professor of theater at Lehigh University. Current Drama League Next Stage Resident, Drama League Fellow 2017, Distillery Artist New Orleans CAC 2016.