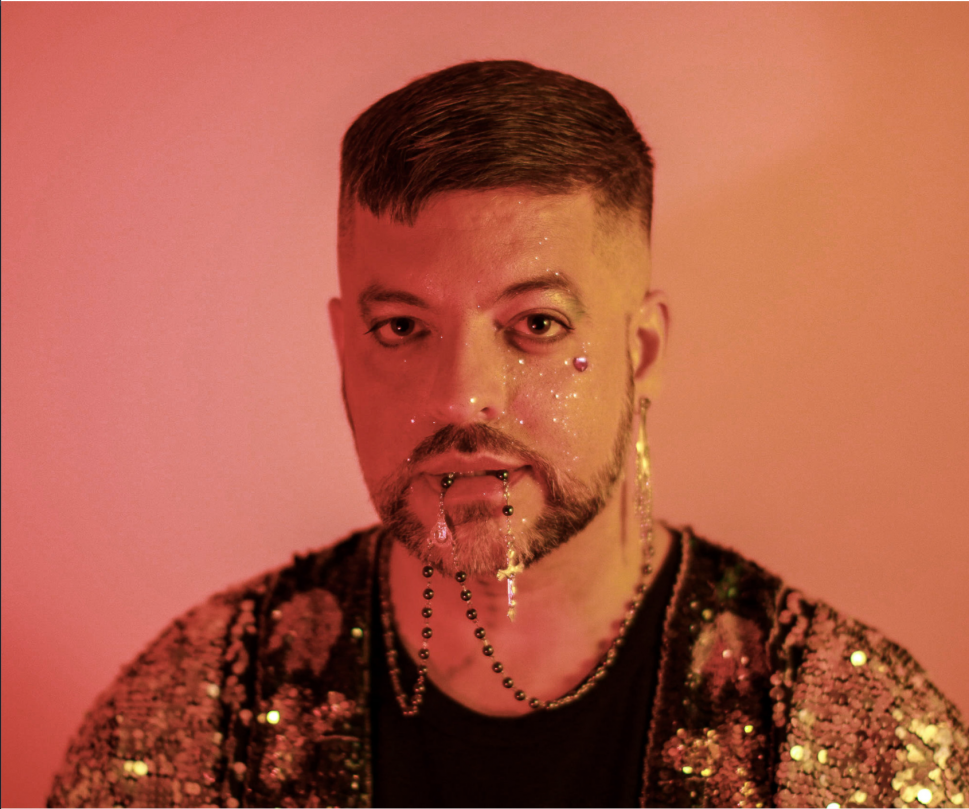 Welcome to the third season of The SLC Performance Lab Podcast!

Miguel Gutierrez is a choreographer, composer, performer, singer, writer, educator and arts advocate who has lived in New York for over twenty years. He is fascinated by the time-based nature of performance and how it creates an ideal frame for phenomenological questions around presence and meaning-making. His work proposes an immersive state, for performer and audience alike, where attention itself becomes an elastic material. He believes in an approach to art making that is fierce, fragile, empathetic, political, and irreverent.

In recent years he has been occupied with thinking about how he negotiates his queer Latinx identity within the traditions of the white avant-garde. This led to This Bridge Called My Ass, a piece that bends tropes of Latinidad to identify new relationships to content and form. The piece premiered in 2019 at The Chocolate Factory as part of American Realness Festival and tours throughout 2019 and 2020 to a host of venues. He has been presented in more than 60 cities around the world, in venues such as at Centre National de Danse, Centre Pompidou, Festival Universitario, ImPulsTanz, Fringe Arts, Walker Art Center, TBA/PICA, MCA Chicago, Live Arts Bard, American Realness, and the 2014 Whitney Biennial. He has received support from Creative Capital, MAP, National Dance Project, National Performance Network, and Jerome Foundation. He has received fellowships from New York Foundation for the Arts, the Tides Foundation, Guggenheim Foundation, United States Artists, an award from Foundation for Contemporary Art, a 2016 Franky Award from Prelude Festival and four Bessies. He is a 2016 Doris Duke Artist.

Other recent work includes Cela nous concerne tous (This concerns all of us), a commission for Ballet de Lorraine inspired by the May ’68 French protests. With Ishmael Houston-Jones he co-directed Variations on Themes from Lost and Found: Scenes from a Life and other works by John Bernd, which received a 2017 Bessie for Outstanding Revival.

He has been an artist in residence at MANCC, LMCC, Centre Choréographique National de Montpellier, Centre National du Danse Pantin, Baryshnikov Art Center, and Gibney. He has created music for several of his works, for Antonio Ramos’ work, and with Colin Self for Jen Rosenblit and Simone Aughterlony. He performs with Nick Hallett as Nudity in Dance. He also currently performs a music project called SADONNA: sad versions of upbeat Madonna songs.

His book WHEN YOU RISE UP is available from 53rd State Press. His essays have been published in A Life in Dance (ed. Rebecca Stenn and Fran Kirmser), In Terms of Performance: A Keywords Anthology (ed. Shannon Jackson and Paula Marincola) and his essay “Does Abstraction Belong To White People” is one of the most viewed essays on BOMB’s website.

Editor
Caden Manson is founder of Big Art Group (1999 to present) and Curator of ContemporaryPerformance.org (2010 to present) ABOUT BIG ART GROUP: Big Art Group is a New York City performance company founded in 1999. The company uses the language of media and blended states of performance in a unique form to build culturally transgressive and challenging new works. Since its inception, it has toured nationally and internationally and produced critically acclaimed works including the ‘Real Time Film’ trilogy Shelf Life, Flicker, House of No More, SOS; and its reality-based theatre series The People. He is co-creator, director, video designer and scenographer on all 11 Big Art Group productions that have toured to over 60 cities thoughout North American, Asia and Europe for the past 17 years Manson has also shown video ininstallation in Austria, France, USA and Germany; performed his solo work,PAIN KILLER, in Berlin, Singapore and Vietnam; and taught workshops and masters courses in Berlin, Rome, Paris, Turin, New York, Toulouse, Montreal, San Francisco, and Bern. His ensemble has been co-produced by the Vienna Festival, Festival d’Automne a Paris, Hebbel Am Ufer, Rome’s La Vie de Festival, Theatre Garonne, Wexner Center for The Arts, and The Kitchen NYC. He is a recipient of the 2001 Foundation For Contemporary Art Fellowship, is a 2002 Pew Fellow and received a 2009 Fellowship from the Pennsylvania Council on the Arts. He lives in New York City and outside Philadelphia where he maintains his studio. ABOUT CONTEMPORARY PERFORMANCE NETWORK The Contemporary Performance Network is an online community and blog with a growing roster of artists, scholars and presentering members in the field of performance. Manson founded the community in July of 2010 and today it has grown to over 12000 members and fans world wide. The term Contemporary Performance is used to describe hybrid performance works and artists that travel between the fields of Experimental Theatre, Dance, Video Art, Visual Art, Music Composition and Performance Art without adhering to one specific field's practice.