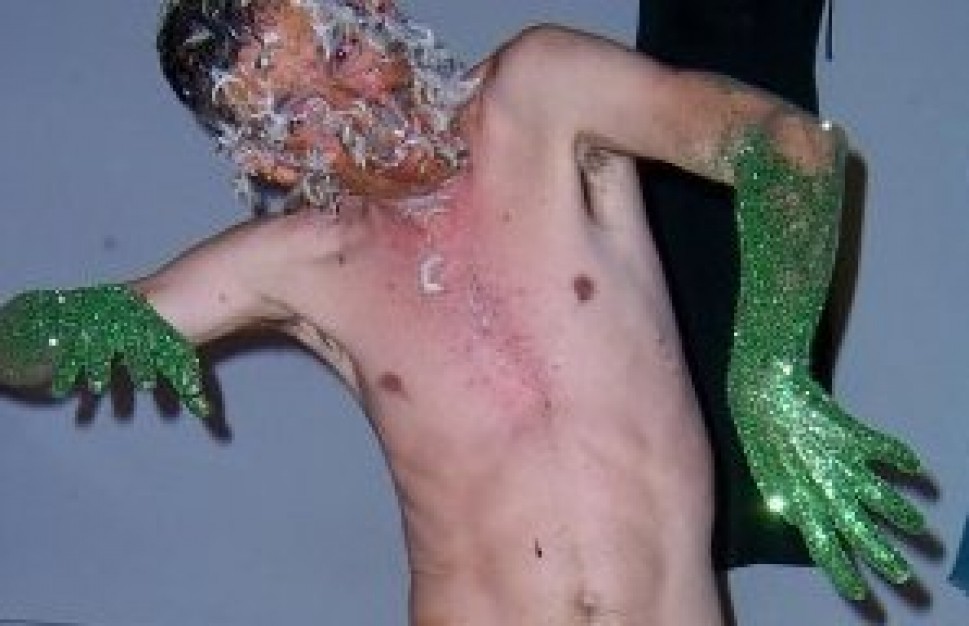 Scott Heron discovered the joy of dancing while studying liberal arts at Colorado College. A move to Austin, Texas led to an accidental meeting with radical dance pioneer Deborah Hay. He participated in four of her large group workshops and has continued a long relationship with her, occasionally touring as a guest of the Deborah Hay Dance Company and interpreting her works from written texts. He is featured in her books “Lamb at the Altar” and “My Body the Buddhist.” In the mid ‘80s he performed with her company in New York City and then stayed there to pursue a career in dance.

Bypassing any formal studies, he quickly fell in with the East Village scene where he danced and performed continually with a group of experimentalists and improvisers centered around Movement Research and Performance Space 122. During this time he performed in the works of just about anyone who asked him to, including Jennifer Monson, Yvonne Meier, Carmelita Tropicana, Karen Finley, Sarah East Johnson, DD Dorvillier, Linda Austin and countless others while developing his own work as a choreographer and performer.

His solo and group work has been presented in practically every downtown New York venue including The Kitchen, Movement Research at Judson Church, Dixon Place and especially Performance Space 122 which has commissioned four evening-length works. Musical collaborators include instrument builder/bassoonist Leslie Ross and guitarist Chris Cochrane. He received a 2003 New York Dance and Theater “Bessie” Award for his body of work as a performer.

Trusting the intelligence of his whole body his dances stem from a process of open practice of the unknown. Transformations, wigs, heels, and sumptuous sets made from trash often make an appearance. Unafraid of bizarre and passionate states, he nonetheless finds classical elegance and beauty while dancing too.

He is a founding member of Jennifer Miller’s Circus Amok, a gender bending, free, outdoor, political theater troupe. He has been developing his skills as a juggler, stilt dancer, tumbler and slack rope walker every summer in the parks and gardens of the five boroughs for a dozen years. He is also a long time member of Cathy Weis projects, performing her quirky low-tech video dance poems across the U.S. and Eastern Europe. More recently he has begun a continuing relationship with Hijack Dance of Minneapolis and has performed collaborative works with them across the U.S. and in Russia. (from Scott Heron