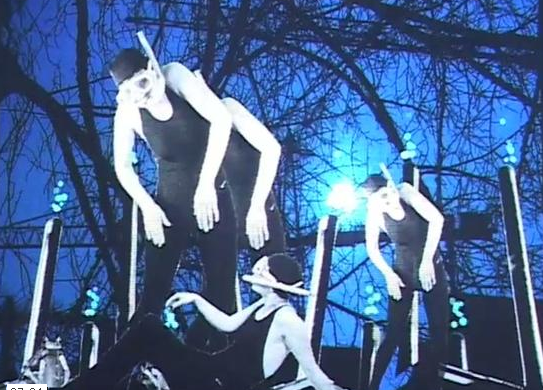 Contemporary Performance is hosting an online video festival of performance works and excerpts from 06.14.2010 to 07.02.2010. We’ve curated some of our favorite user submissions and online videos from today’s leading contemporary artists and embeded them here. The videos range in purpose and content and include rehearsal videos, process videos, performance documentation, lectures, made for video, dance on camera, video art, and vj.

In BAUERNTHEATER, an American method actor, who knows no German, trained to play the role of Flint, a farmer in Heiner Müller’s GDR agricultural drama, “Die Umsiedlerin.” After 3 weeks of rehearsal in a studio in Brooklyn, he was flown to rural Brandenburg, where the play is set, given 2 acres of land and 1 ton of potatoes, and asked to be “in character” for 10 hours a day, 5 days a week, for a month, planting the entire field by hand as someone else. Shot in a mix of documentary and cinematic styles, the Bauerntheater film depicts rehearsal and performance, and is its own meditation on acting, authenticity, and labor.

David Levine’s work examines the conditions of spectacle and spectatorship across a range of media. His performances, installations, videos and theater pieces have been exhibited internationlly, from Town House gallery in Cairo to Documenta XII to the Sundance Theater Lab. He will be a featured artist at MoMA’s Symposium: Audience Experiments, and just finished a two-week residency at Robert Wilson’s Watermill center for HABIT, a commission from Toronto’s Luminato Festival.

Tablographie is a real time visual program which interacts with soud sources.
The performer create landscape in real time composed of organisms built in codes. It s real life video program which is played in association with musicians.

Jeremie Dres is a young artist who works in the new Media Art. Most of his works explore the artificial life of visual organisms generated by computers and how it can behave with some external input such as microphone. He is also interested in the meeting of generative poetry and numeric art.