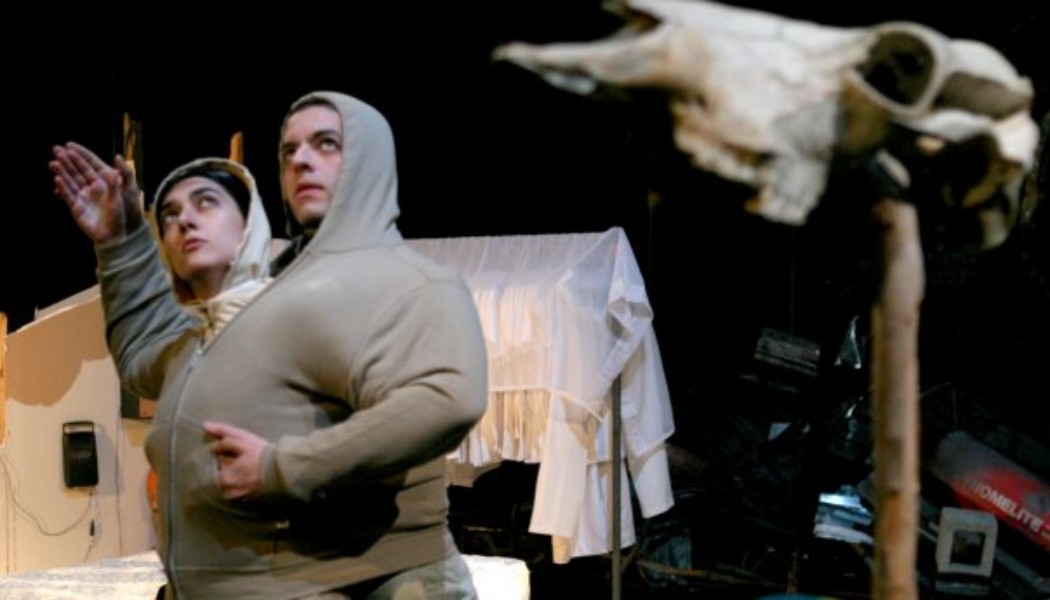 Miguel Gutierrez, an active figure in the New York scene for the past twelve years, is a dance and music artist who creates group work with a variety of dancers, music and visual artists under the moniker Miguel Gutierrez and the Powerful People, while also making solos. His work includes: enter the seen (2002), I succumb (2003), dAMNATION rOAD (2004), Retrospective Exhibitionist and DifficultBodies (2005), myendlesslove(2006), Everyone (2007), Nothing, No thing (2008), Last Meadow (2009) and he instigated the performance/ protest/ meditation freedom of information.

In the U.S. his work has been presented by Dance Theater Workshop, Danspace Project and The Kitchen in New York, ODC in San Francisco, the Walker Art Center in Minneapolis, Flynn Center in Burlington, DiverseWorks! Art Space in Houston, and the Fusebox Festival in Austin. Internationally it has toured to several venues and festivals such as Antipodes Festival in Brest, Politics of Ecstasy in Berlin, Kampnagel in Hamburg, Explore Festival in Bucharest, ImPulsTanz in Vienna, Springdance in Utrecht. He has received support from the NEA, Creative Capital, Jerome Foundation, Rockefeller MAP Fund, the National Performance Network Creative Commissioning Fund and New York Foundation for the Arts’ Fellowship and BUILD programs. In 2007 he completed a commission for BalletLab in Melbourne, Australia. He is twice the winner of a New York Dance and Performance “Bessie” Award: in 2002 for dancing with John Jasperse Company and in 2006 as a choreographer for Retrospective Exhibitionist and Difficult Bodies. He has enjoyed supporting the work of other artists as a curator for The Kitchen’s Dance and Process program, and the now defunct but infamous SHTUDIO SHOW at Chez Bushwick. When You Rise Up, a collection of his performance writings, will soon be available from 53rd State Press.

He teaches regularly around the world and he invented DEEP AEROBICS, an absurd(ist) workout for the leftist imagination revolutionary in all of us.. He has been lucky to work with a wide variety of extraordinary contemporary dance artists, such as Joe Goode, Juliette Mapp, Jennifer Lacey, Deborah Hay, and most recently, Alain Buffard. miguelgutierrez.org (from DTW Website)

August 31, September 1 & 8, 2010
MG teaches WHAT IS THIS CLASS at Chunky Move
Melbourne, Austrailia