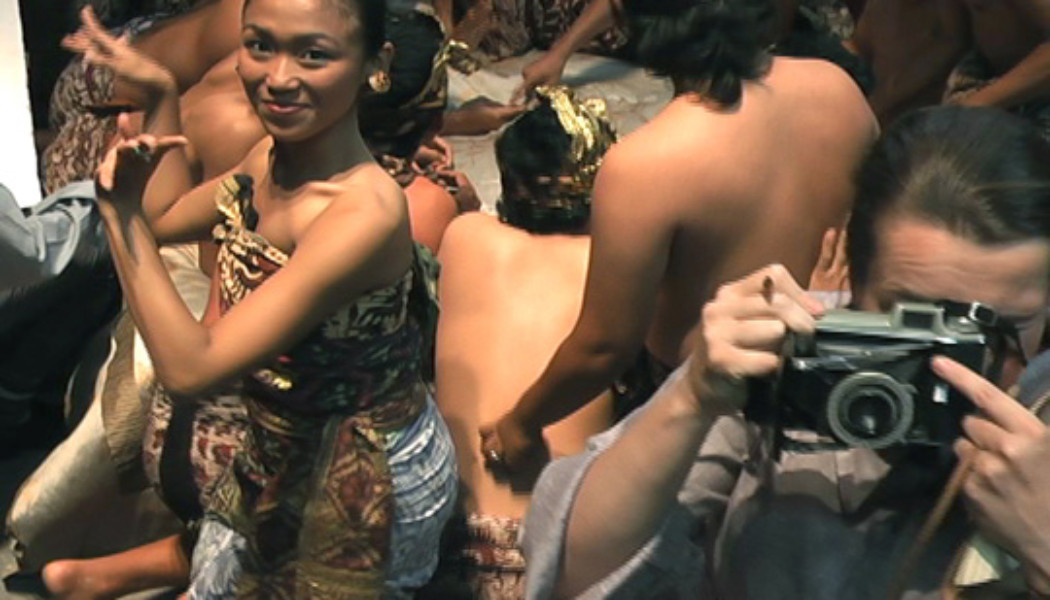 A House in Bali

The sounds of a 16-member Balinese gamelan intertwine with western opera and Balinese singers, traditional dance, live video feeds, and the pulsating post-minimalism of the Bang on a Can All-Stars in A House in Bali, an new opera by Evan Ziporyn, directed by Jay Scheib.

Based on the memoirs of trailblazing composer Colin McPhee, the work re-imagines first contact between cultures in 1930s Bali through the prism of the cross-cultural present. This live-cinema performance follows the course of McPhee’s sojourn to Bali, his encounters with anthropologist Margaret Mead and painter Walter Spies, and their ultimately tragic relationship with dancer I Sampih, a Balinese youth whom McPhee mentors after the boy saves his life. Images from 1930s photographs – many by Mead herself – and music of the period – from Bali and from McPhee’s own hand – merge with live re-creations and (dis)simulations in this bold study of artifice, connection, and alienation, set at the crossroads of the cultural and the personal.

Produced by Kenny Savelson, Executive Director, Bang on a Can

RSVP to the even here